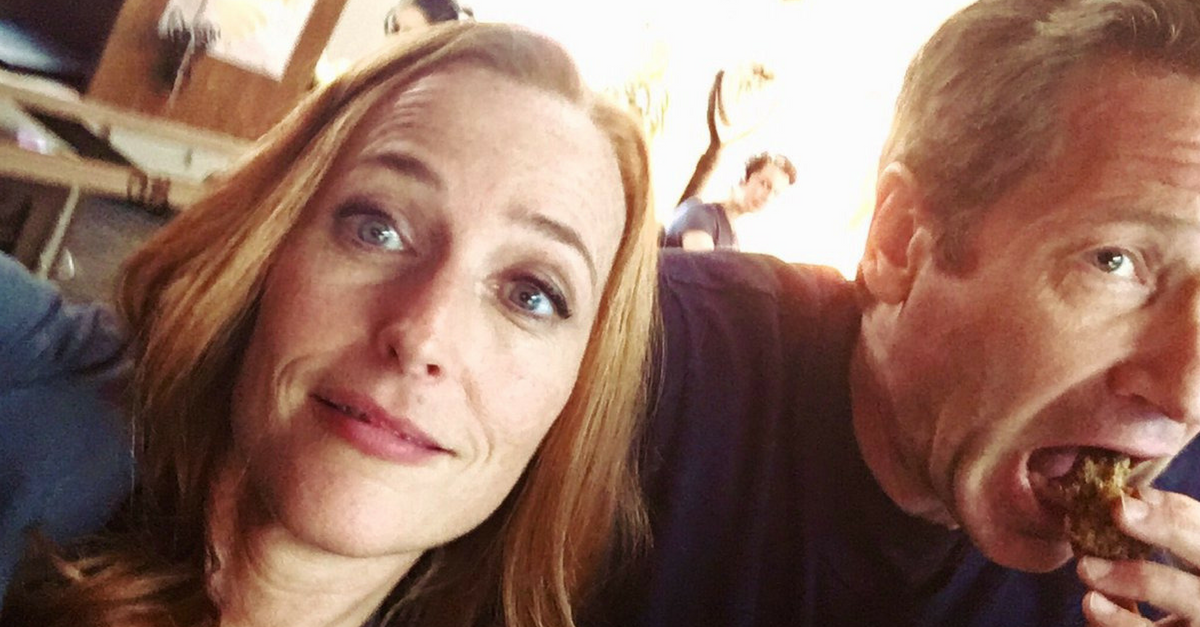 “Eating my muffin,” she captioned the hilarious snap on Twitter, which captured Duchovny right in the middle of taking a bite of a muffin.

RELATED: Lin-Manuel Miranda sings ?Wicked? with his mom in the car ? and we?re in love

Anderson, who has been playing Dana Scully on-and-off for eleven seasons, recently made it clear that Season 11 would be her last.

“No, no, I think this will be it for me,” the actress said at New York Comic Con when asked if she’ll stay on board in 2018, adding that she returned for another round of episodes “Because it felt like it wasn’t over. It didn’t feel like we necessarily delivered everything the fans were expecting of us last time, and so it was that.”

RELATED: Robot writes a script for an episode of ?Scrubs,? and Zach Braff just responded