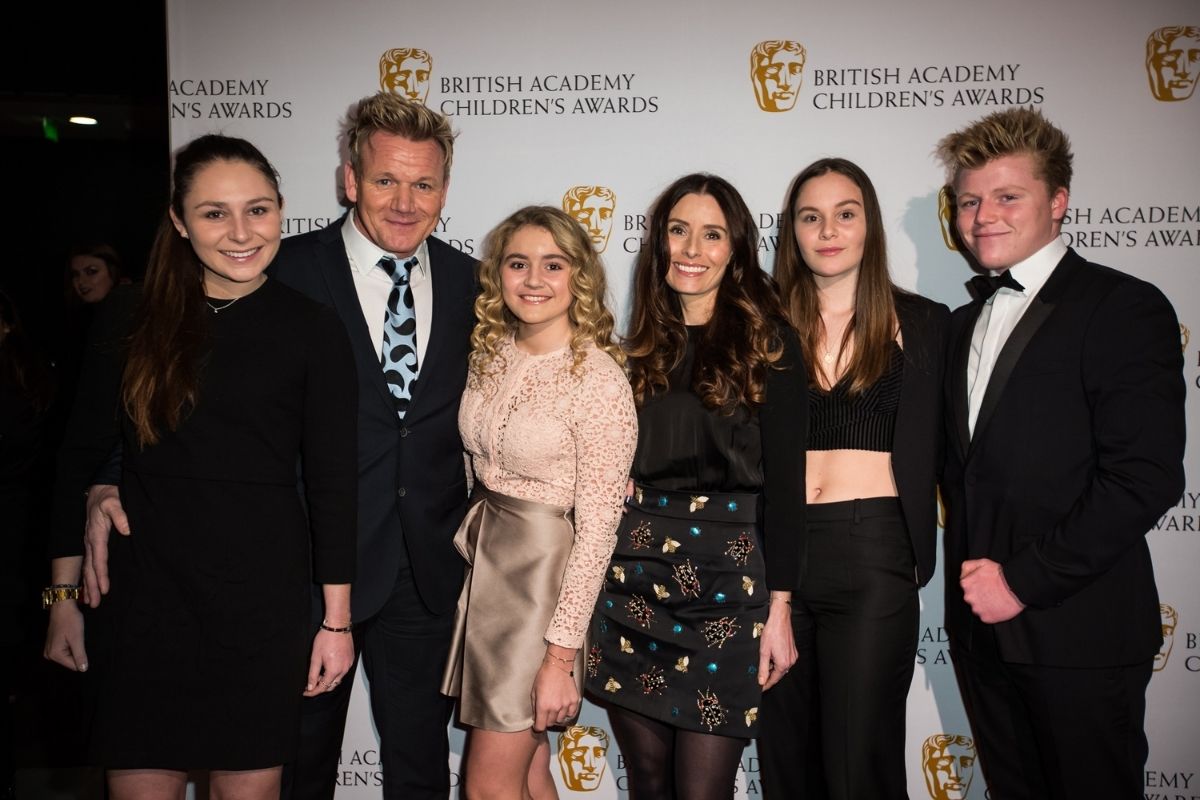 After watching Gordon Ramsay shout profanities and lose his temper on his cooking shows, you’d think it would be kind of scary to have the celeb chef as a father. And indeed, Ramsay is notoriously strict with his five children. Refusing to spoil them, the Masterchef judge makes them pay for their own phone and doesn’t let them set in first class with him and his wife Tana Ramsay (born Cayetana Elizabeth Hutcheson).

?They don?t sit with us in first class,” the Hell’s Kitchen star explained. They haven?t worked anywhere near hard enough to afford that. At that age, at that size, you?re telling me they need to sit in first class? No, they do not. We?re really strict on that. But for all his strictness, Ramsay is also a proud and loving father who stands by his kids. If he appears strict, it’s only because he wants to give his children the tools to become well-adjusted, successful adults unspoiled by a weird Hollywood upbringing.

As far as we can tell, his tough-love parenting methods seem to be working — Ramsay’s kids are pretty cool. In this article, we’ll get to know the celebrity chef’s five kids.

Ramsay’s eldest daughter Megan was born in England in 1998. Growing up, she was friends with Brooklyn Beckham, son of David and Victoria Beckham. In 2019, she graduated from Oxford Brookes University with a degree in psychology. Her proud father posted pics on social media to commemorate her graduation. In the captions, the Ramsay’s Kitchen Nightmares star wrote:

‘So proud of this young Lady @megan__ramsay our first Ramsay ever to graduate with a degree @oxfordbrookes hard work pays off ! Congratulations Megan love you Dad.’ Currently, she is interning at Quintessentially Travel Group, according to sources.

Born in 2000, fraternal twins Jack and Holly Ramsay were the next additions to the Ramsay family. The twins are also pals with the Beckham kids, Brooklyn and Romeo.

Holly is interested in fashion, and recently signed to a modeling agency.  Last year, she shared headshots on Instagram, earning praise from her many gushing fans. Jack, for his part, is reportedly training to become a Royal Marine. An entertainer like his pops, Jack has also acted with the London-based playhouse, Edward Alleyn Theatre.

Up next is Matilda Ramsay, born in 2001. Following in her father’s footsteps, Matilda has already built an impressive career at the tender age of 19. After starring in Matilda and the Ramsay Bunch, Tilly has gone on to write a cookbook, “Matilda & The Ramsay Bunch: Tilly’s Kitchen Takeover”. She’s also popped up in shows like MasterChef Junior and The Late Late Show With James Corden.

Born in 2019, the fifth child of the Ramsay clan is much younger than his siblings. Nevertheless, baby Oscar is growing up quickly. Last April, Oscar celebrated his first birthday. His dad shared photos on Instagram, including a cute pic of the tyke sitting on the TV chef’s shoulder. Ramsay captioned the photo: “Happy Happy 1st Birthday to this little Boy have a great day Oscar love you Daddy.”

Watch: Would You Recognize Guy Fieri with Normal Hair?