Did You Know Dr. Seuss Wrote Green Eggs and Ham on a Bet? 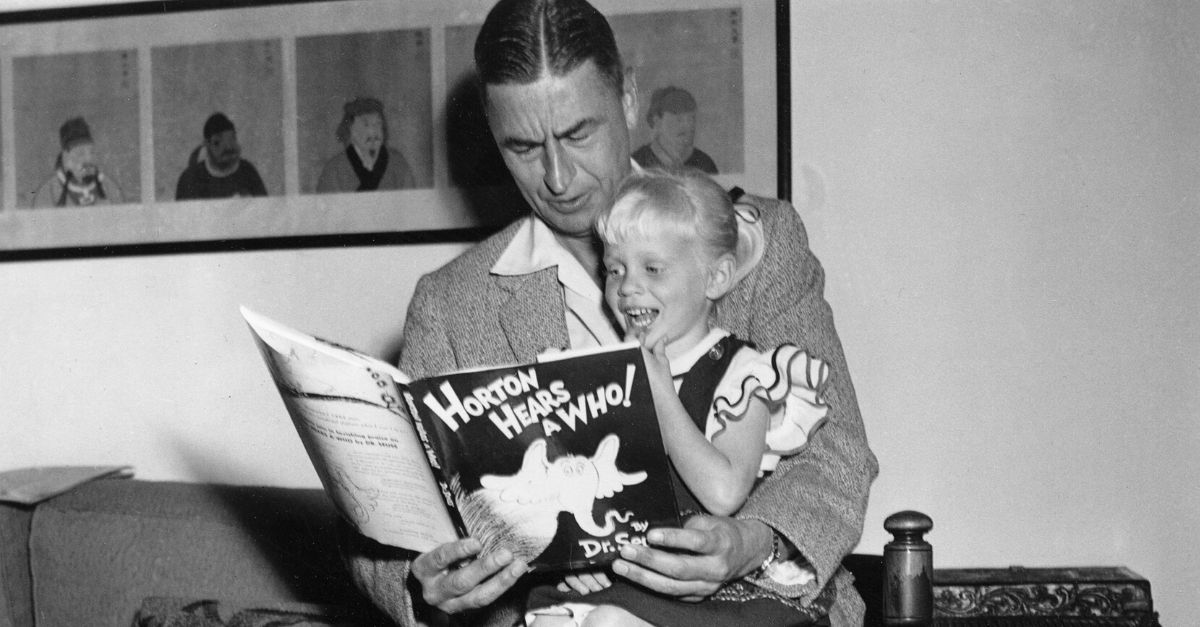 Theodor Seuss Geisel, better known under his pen name Dr. Seuss, wrote charming rhyming children’s tales that raised many of us. How The Grinch Stole Christmas, The Cat in the Hat, Horton Hears a Who and more have been turned into films, shorts, and Broadway productions. The prolific writer has a day dedicated to him in honor of his role in increasing readership across America. Seuss’ birthday, March 3, is “National Read Across America Day.”

“Horton Hears a Who” by @drseuss – read by @jeffgoldblum Published by @randomhousekids . THIRTY MILLION CHILDREN rely on school for food. Responding to the needs of kids during these school closures, @savethechildren and @nokidhungry have a new fund @SAVEWITHSTORIES to support food banks, and mobile meal trucks, and community feeding programs with funds to do what they do best—and also—with educational toys, books, and worksheets to make sure brains are full, as well as bellies. . If you can manage a one time gift of $10, please text SAVE to 20222. If another amount would work better for you, please visit our website—link in bio. There is no maximum and there is no minimum—together we will rise and together we can help. . Thank you and stay safe. XX #SAVEWITHSTORIES

For years, before Dr. Seuss was Dr. Seuss, he was known as Ted or Theodore Geisel and worked as a political satirical illustrator. He was also known to write documentary propaganda films. He worked as an illustrator and writer for a Judge, a satirical magazine and his illustrations were featured in Vanity Fair, Life, and Liberty Magazine.

When World War II ended and Suess and his wife founded Beginner Books, a Random House subsidiary, he published “The Cat in the Hat”. The book was intentionally made simple for young readers; it was in response to the fact that children were still learning to read on very old material. Geisel wrote the story using a word list that first-graders would know. The book took him almost a year, nine months to be exact, to write. Clocking in with only 236 unique words throughout the 60-page book, the book brought Geisel much success.

Noting this, the co-founder of Random House, Bennett Cerf challenged Dr. Seuss to write a best-selling children’s book with only 100 words. He figured it was an impossible feat and wanted to see the writer/illustrator try to offered him $50 if he could do it. Ever confident, Geisel set lowered the word count to just 50 different words. In a couple of months, Geisel returned with “Green Eggs and Ham”.

As teased, he delivered a book with only 50 different words. The book where “Sam-I-am” tries his damnedest to get the other, unnamed character to try the green eggs and ham, became a bestseller. To date over 8 million copies of the children’s titles have been sold and it remains one of the top five bestseller hardcover books for children.