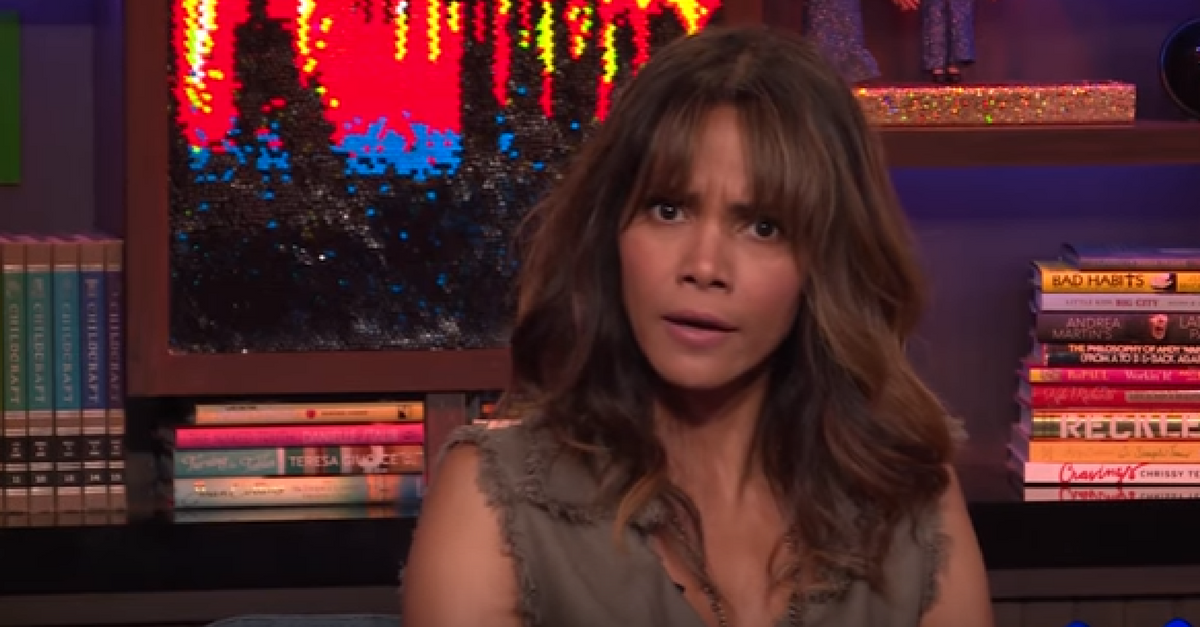 In one of Adrien Brody’s classic stunts, he grabbed Halle Berry as she was presenting him with his 2003 Oscar for Best Actor in “The Pianist” and kissed her right on the mouth. Nearly 15 years later, Berry opened up about the infamous moment and her internal reaction to what was happening.

“That was not planned. I knew nothing about it,” she told Andy Cohen on “Watch What Happens Live” when he asked if the kiss was planned. “Can I say it for real?”

RELATED: Halle Berry shares her own missing child story ahead of the release of “Kidnap”

Once Cohen nodded his approval, Berry got extremely candid about what was going through her head at the time.

Cohen then pressed her on the quality of the kiss, wanting to know details on how it was. Berry, however, said she was “too focused on ‘What the fuck is going on right now?!'”

RELATED: Halle Berry is “sad” about her son starting school because she wants him to stay “little forever”