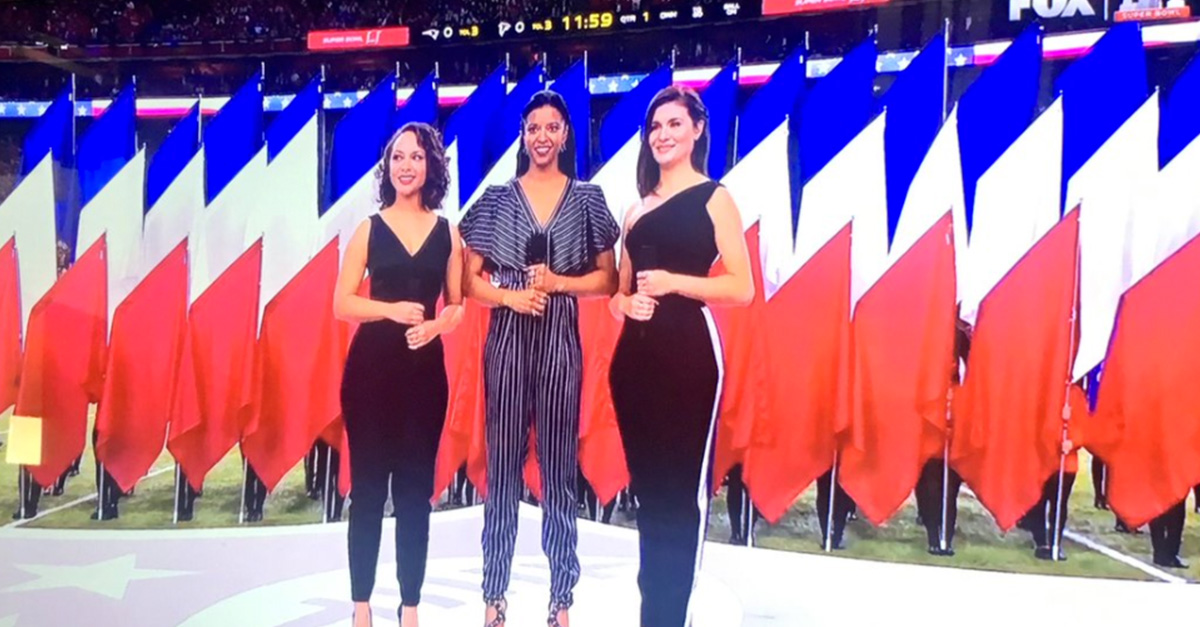 “And crown thy good with brotherhood,” they sang, and added, “and sisterhood.”

“From sea to shining sea!”

RELATED: “Hamilton” stars change the words to an American classic and people aren’t too happy

.@HamiltonMusical's Schuyler Sisters knock it out of the park before the #SuperBowl pic.twitter.com/PaIDezZRQk

The singers, Renée Elise Goldsberry, Phillipa Soo, and Jasmine Cephas Jones, comprise the musical’s “Schuyler sisters,” daughters of Revolutionary War General Philip Schuyler. All have since left their roles in the show.

Super Bowl LI is being held in Houston, Texas, with the Atlanta Falcons playing the New England Patriots.

The Hamilton sisters making the inner American in me tear up. 😭 ❤💙❤💙

The most popular 5 Super Bowl ads of all time