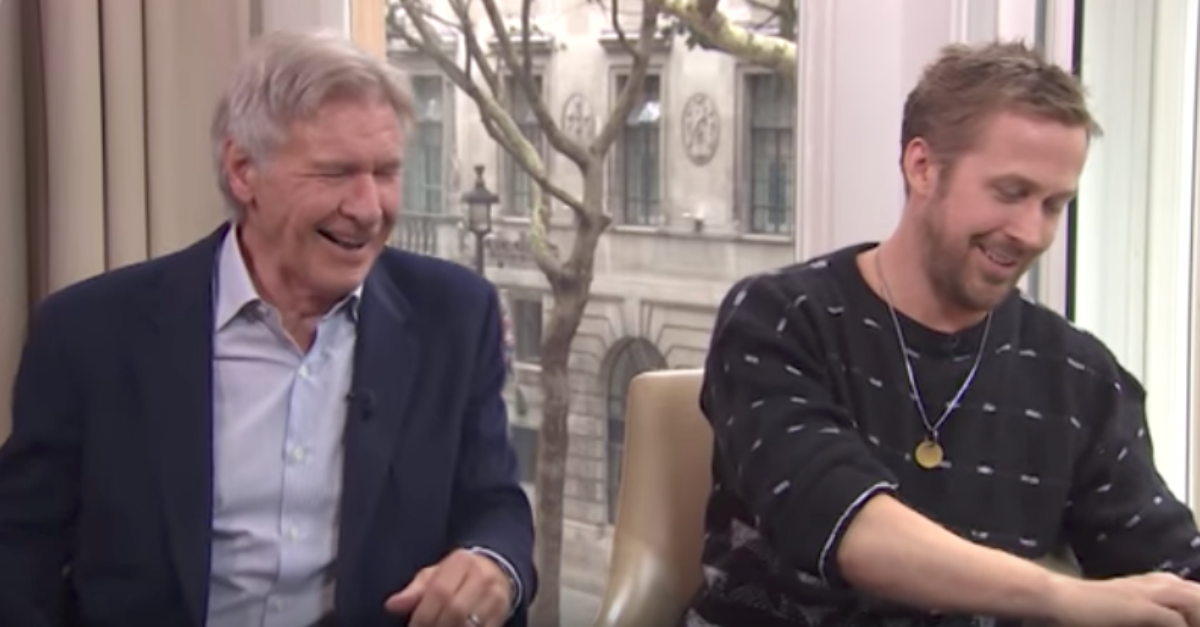 In a promo interview for their new film “Blade Runner 2049,” Harrison Ford and Ryan Gosling ditched the stuffy, uptight typical promo interview vibe for a more honest run-down of the film.

The laughs started early when the woman interviewing the pair admitted that she’d never seen the original Blade Runner, and a little later, Gosling poured himself a bit of rum from a mini bottle on the set. She then began poking fun at Gosling, asking, “Did you get your knitting needles out [on the set] because I know you like to relax.”

The interviewer, Alison Hammond, has an infectious laugh and is known for making stars crack up when they come to her set for interviews. However, the segment with Gosling and Ford might just be the best one we’ve seen.