Harry and Meghan were greeted by legions of adoring fans when they visited a 2,000-year-old castle 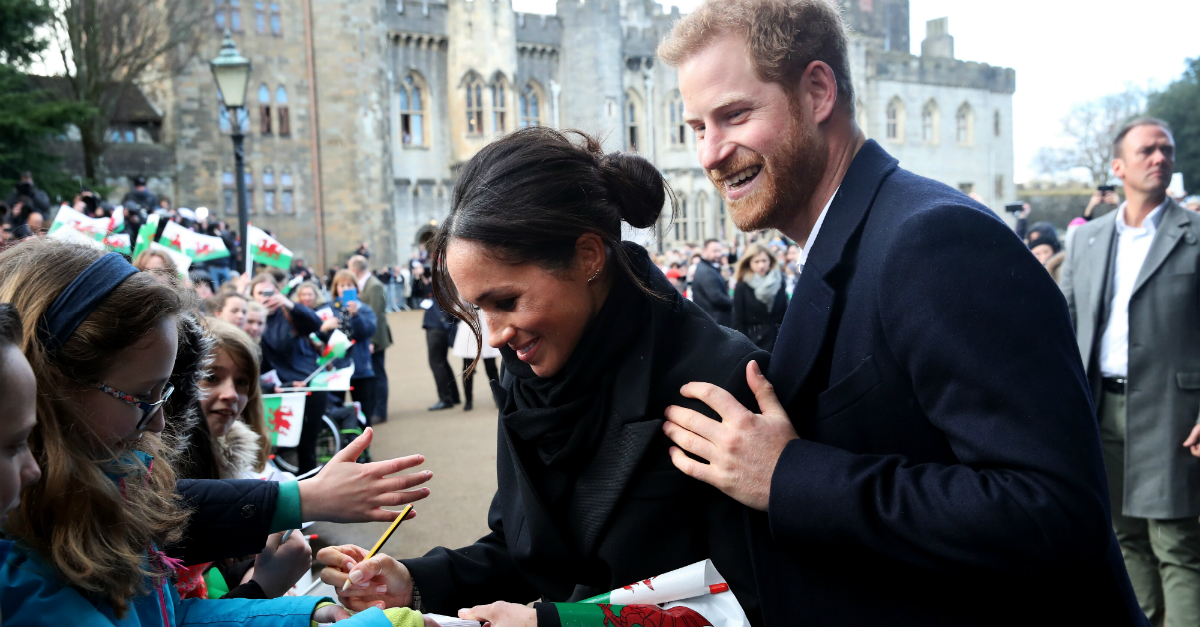 Soon-to-be newlyweds Prince Harry and Meghan Markle made their second royal visit of 2018, this time to a gorgeous castle in the Welsh capital of Cardiff.

The royal couple was welcomed by a crowds of cheering fans and well-wishers before being given a tour of Cardiff Castle, which has stood for two millenia.

Well-wishers greet Prince Harry and his fiancee Meghan Markle as they arrive at Cardiff Castle pic.twitter.com/wqeFF9SnTP

The visit was part of the pair’s ongoing effort to introduce Meghan to the British public, but judging by the noise, she already has their approval!

Prince Harry and Ms. Meghan Markle are in Cardiff for a day showcasing the rich culture and heritage of Wales. pic.twitter.com/gk0u7SOhrP

?We don?t have a royal family in America, and the whole idea is amazing,? 31-year-old American Julie Hoefer, from Virginia, told PEOPLE. ?And now we have one who joined the family ? finally. It is super exciting.?

?Meghan looks lovely, a breath of fresh air,? Cynthua Osborne, a Cardiff native, told the magazine. ?She sparkles ? and I?d like to see the ring to see if it sparkles.?

There was speculation that Harry may have used diamonds and a brooch once owned by the late Princess Diana to propose.

A source told E! News that Harry had the ring custom designed by Cleave and Company, jewelers to Queen Elizabeth II. The center stone is reportedly from Botswana, where the couple celebrated Markle?s 36th birthday this past summer, and has two outside stones that are from the personal collection of the late Princess Diana.

Meghan and Harry?s last outing was at the Reprezent 107.3FM radio station in Brixton, South London, where they learned about how the station is appealing to young people while also teaching them more about music, radio and broadcast media.

During the visit, one of the station?s DJs decided to take a big risk.

They are expected to make several more before their Windsor Castle wedding in May.

Us Weekly recently reported that your mom?s favorite TV channel, Lifetime, has announced the production of a TV movie about the relationship between Britain?s Prince Harry and his American fiancee Meghan Markle.

?Harry & Meghan: The Royal Love Story? will document the couple?s romance from the time they met to the moment they announced their engagement, as well as the insane amount of press coverage the pair receives.

The film will be directed by Menhaj Huda, who is best known for writing E!?s ?The Royals.?

RELATED: Meghan Markle is already so beloved that one public appearance made fashion dominoes fall