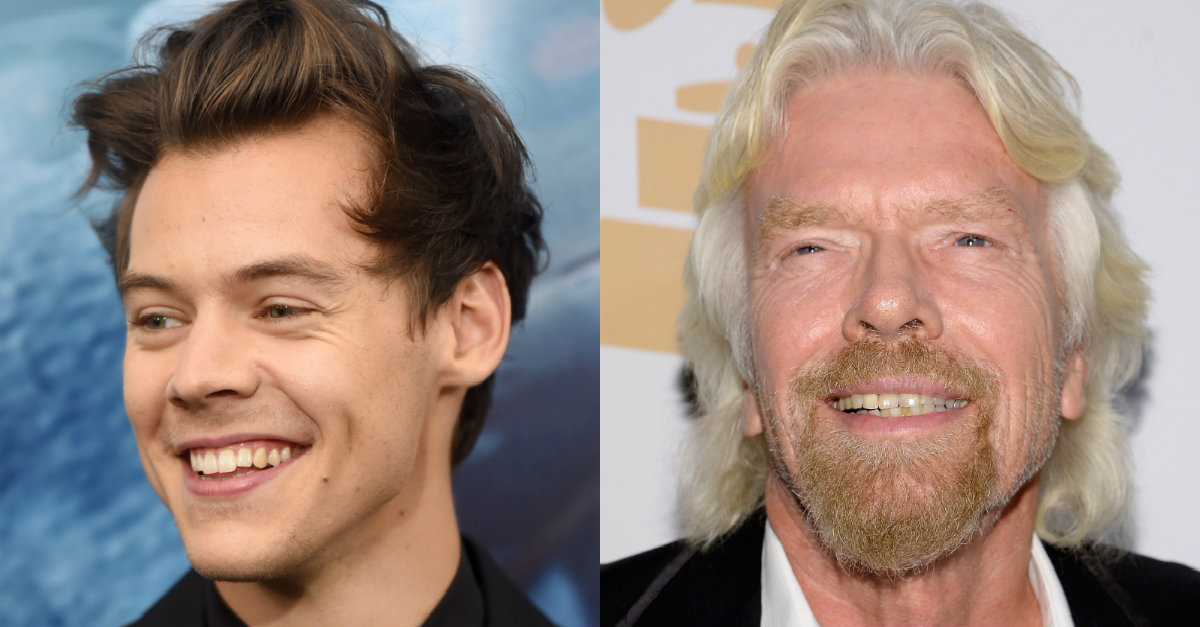 People have been dying to know just what happened when Harry Styles ended up on a private island with billionaire Sir Richard Branson. In a new interview with a radio station, Branson revealed the details, and they are perfect.

Branson shared that the former One Direction heartthrob had to earn his meal in the best way he possibly could.

“He’s gotta sing for his supper. Otherwise, on an island, you don’t get fed,” he joked.

Fans of the young singer loved hearing that their idol was both a musician worthy of Branson’s praise and humble enough to belt a tune when asked.

I’ve stepped into the twilight zone Harry Styles singing for Richard Branson on his island https://t.co/DLWeP249kP

The first word I even thought of when I saw @richardbranson's name is: inspiring.

i love harry being classed as a rockstar with no hesitation https://t.co/gUBFQC8rLr

“I love harry being class as a rockstar with no hesitation,” one fan praised.

According to the Virgin Records founder, Styles joins a long list of rock stars who’ve graced the billionaire’s personal island, including Keith Richards and Peter Gabriel.

“A lot of those stars come and say hello and it’s great when they sit down play a song or two and keep us entertained as well,” Branson shared.

As the saying goes, closed mouths don’t get fed — even if you’re rich and famous.