Hollywood producer Harvey Weinstein has apologized in the wake of actress Ashley Judd’s bombshell sexual harassment accusations, which were detailed in The New York Times on Thursday, and says his wife Georgina Chapman and family are supporting him.

“She stands 100 percent behind me. Georgina and I have talked about this at length,” Weinstein said in his first interview since the scandal. “We went out with [attorney] Lisa Bloom last night when we knew the article was coming out. Georgina will be with Lisa and others kicking my ass to be a better human being and to apologize to people for my bad behavior, to say I’m sorry, and to absolutely mean it.”

While speaking with another publication, he revealed he’s had several “tough conversations” about the matter with his family and is working to regain their respect.

In the revealing report, eight women, including Judd, spoke about their past interactions with Weinstein, all claiming he behaved inappropriately towards them during what were supposed to be work meetings. Chapman was spotted in public for the first time since, smirking and looking completely unbothered by the scandal. 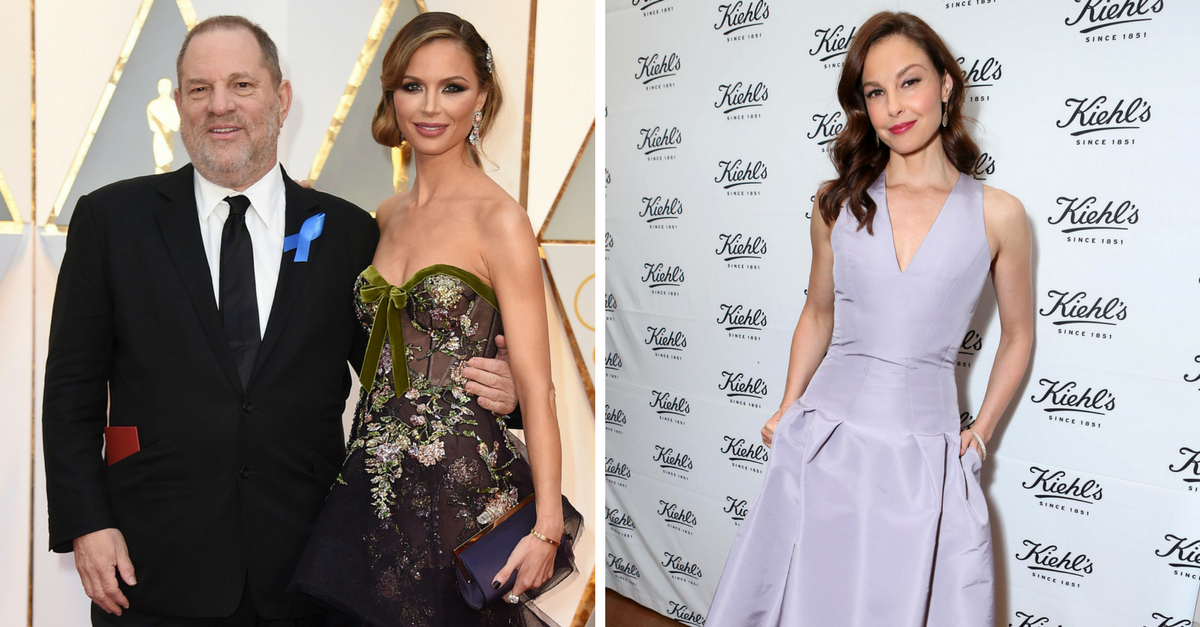