Upon arriving in D.C. to accept her Rare Under 40 Award, Diana Kim sat down with the other honorees to explain her story and the one photograph that has impacted her life entirely.

“I kinda wanted to share it with you because overall, I think the hands symbolize a lot as far as the social and historical context of humans and our desire to connect,” said Kim as she showed the images of two beautifully withered hands folded one on top of the other.

“People who are blind or can’t hear, they use and rely on their hands to communicate. A lot of times, when you come to Hawaii you’ll notice people are sitting on the sidewalks very much like here reaching out their hands for help.”

Kim opened up about the story of her father, and how she reconnected with him while working on a project to defeat her town’s homelessness. She admitted that she, too, was once homeless, living in Maui’s local parks and empty cars. 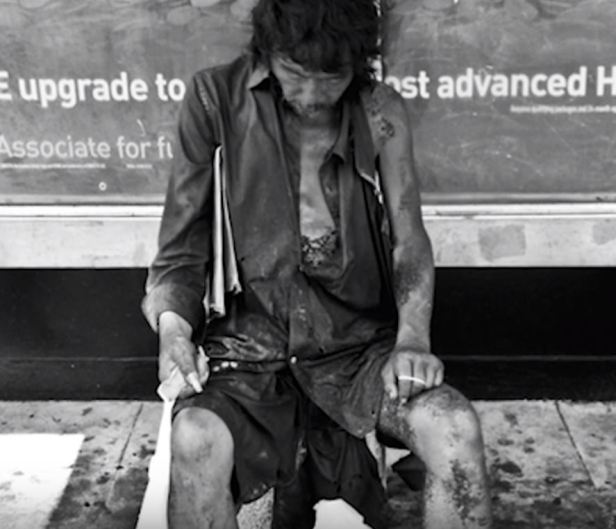 Her life experiences, both personal and family-oriented, have inspired her to create a photo book titled “The Homeless Paradise,” where readers can find the one image that she feels so emotionally connected to.

“If you do ever decide to come to Hawaii, I will take you surfing,” she jokingly said during the Rare breakfast.

While Hawaii will always be her home, Kim understands that it is still paradise to most, despite what happens outside of the resorts’ parameters.

“But I’d also like it if you would consider venturing out of Waikiki – out of the tourist areas, populated areas – and really go into the communities where people are living and see that it’s very difficult for us to exist there because of the fact that it’s so expensive.”

To connect with Kim and read more about “The Homeless Paradise,” visit her FaceBook page: www.facebook.com/thehomelessparadise