A 911 call and reports from the scene of the death of John Bernecker, a stuntman on the set of AMC’s “The Walking Dead,” say the 33-year-old stuntman attempted to abort his stunt mid-execution and missed the landing cushion below him by inches.

The New Orleans Advocate reports that an assistant director said Bernecker did not get “good separation” from the balcony as he jumped.

The Coweta County Sheriff’s Office report was reported by WSB-TV.

The 911 call, said to come from an associate producer on the show, said Bernecker held onto the railing of a balcony he was to fall from before swinging underneath it. Bernecker fell “about 25 feet off a balcony straight onto concrete,” according to the producer’s call.

“We need an ambulance ASAP,” the producer told the 911 operator.

The fall took place on Wednesday, July 12. Bernecker’s ventilator was turned off the following day; his death has been ruled accidental.

The Occupational Safety and Health Administration (OSHA) is investigating the incident. WSB reports that “The Walking Dead” will not resume filming until their investigation is complete. 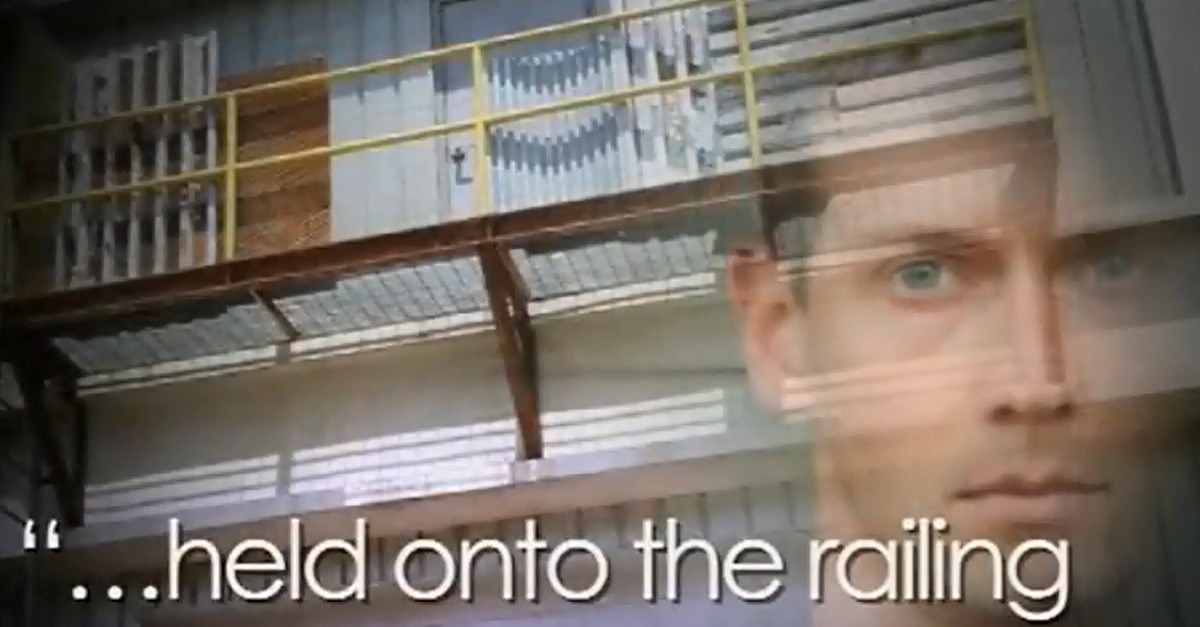