The “Here Comes Honey Boo Boo” star wed his love, Linda Lamb, in an intimate backyard ceremony in McIntyre, Ga., and PEOPLE shared some of the photos from the big day!

According to the magazine, the newlyweds faced severe weather, including tornado warnings and pouring rain, but still went through with the ceremony underneath a tent in Thompson’s backyard.

The groom kept things casual in blue jeans and a blue shirt paired with a red tie. His 11-year-old daughter, Alana “Honey Boo Boo” Thompson, wore a yellow dress paired with a jean jacket as she walked him down the aisle.

The couple didn’t go all out with a lavish reception, instead serving deli trays and Coca-Cola to their small group of friends and family. Alana’s sister, Lauryn “Pumpkin” Thompson, was also reportedly in attendance, but there is no word if Mama June showed up.

The wedding will be featured on the upcoming “Mama June: From Not to Hot,” which premieres on WEtv on Feb. 24 at 10 p.m. ET. 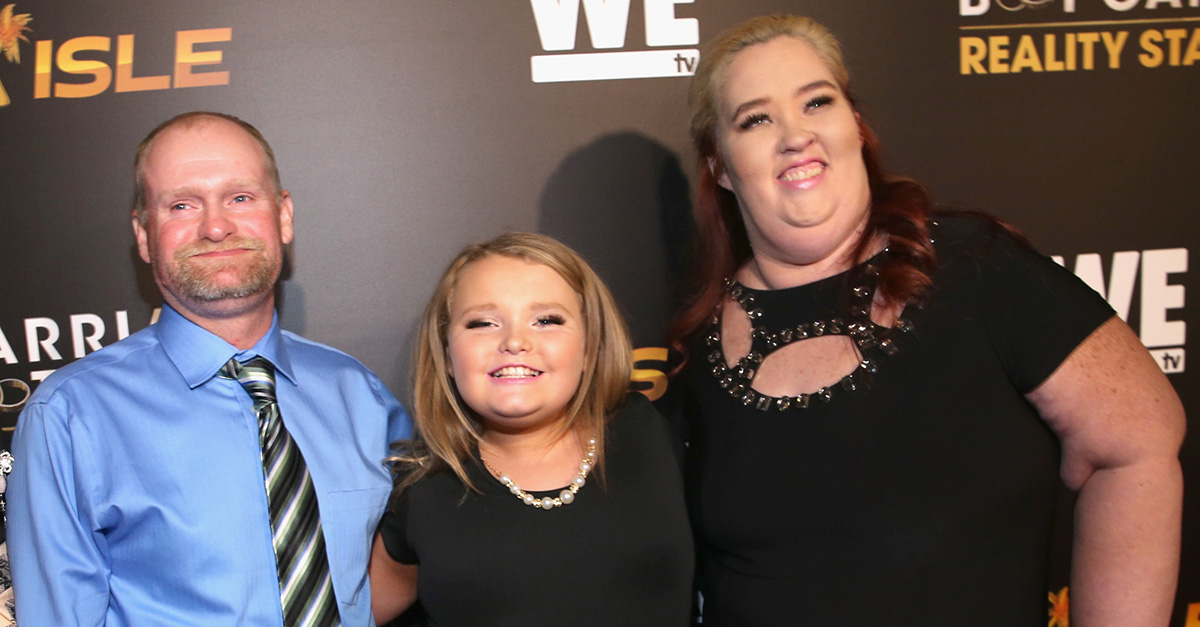