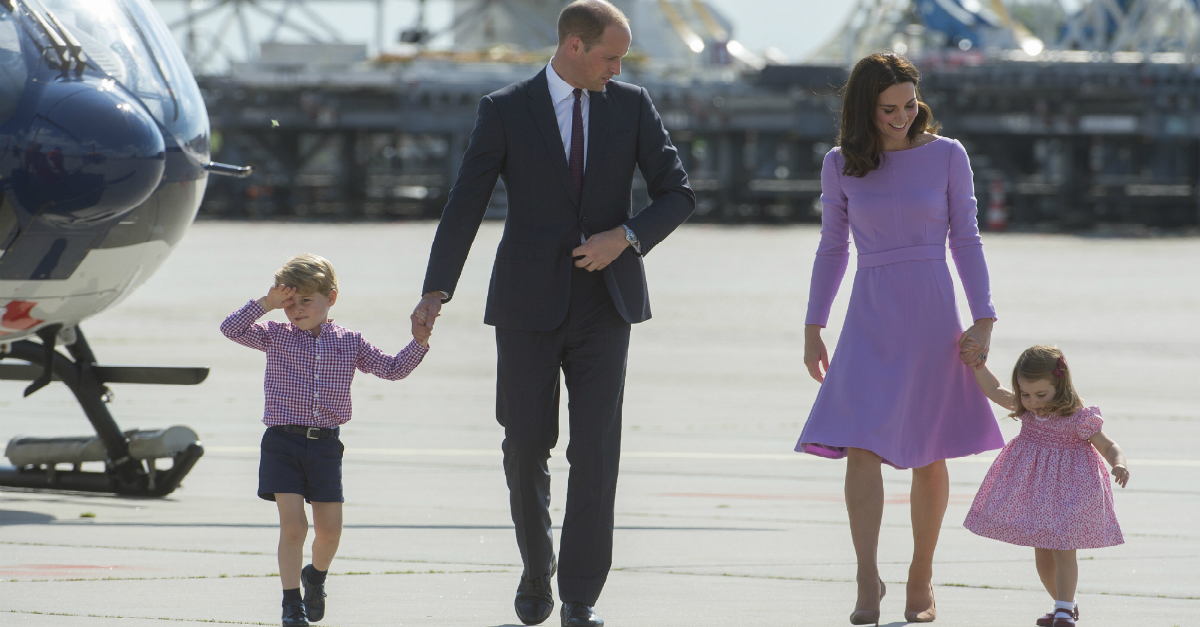 It turns out that Prince George and his little sister Princess Charlotte aren’t as spoiled as you might think, according to a recent report in Us Weekly.

?They?re both extremely careful,? a source with close ties to the Middleton family said of the Duke and Duchess of Cambridge’s parenting skills in the most recent issue of the magazine.

The siblings will obviously be getting their fair share of presents from Father Christmas, however. George is reportedly “obsessed with anything on wheels, BMX bikes, skateboards and toy cars,” whereas Charlotte is rumored to be getting some sort of dollhouse.

Fans from around the globe regularly send in presents to the royal toddlers, but these are all donated to toy banks and other children?s charities, the source claimed. ?Receiving that many gifts wouldn?t have a good effect on the kids,? said the source, going on to clarify that, to William and Kate, the idea of their kids becoming spoiled brats is “their worst nightmare.?

“I think William and Kate love Christmas just as much as George and Charlotte. For them, it?s about coming together and enjoying the holiday,? the source added.

The former actress joined dozens of the royal brood on Wednesday for a special Christmas lunch at Buckingham Palace. The traditional lunch, according to the Daily Mail, allows the monarch a chance to get together with family members who don?t have the honor of joining the immediate family at Sandringham Estate on Christmas Day.

he special lunch marks the first time Markle has met some of the extended family members she?ll soon be joining via marriage. The engaged couple arrived shortly after Prince William and Duchess Catherine and their adorable children. Last year, Harry was chauffeured to the annual luncheon by his brother ? Kate and the kids took a backseat ? but this time, he?s behind his own set of wheels.

This picture of Prince Harry and Meghan Markle on their way to the Queen's Christmas lunch is giving us all the feels 😍 https://t.co/Yq4AYGr7Cj pic.twitter.com/EKzZ9dBDZq

Breaking tradition, Meghan Markle will also spend her first royal Christmas with the queen. Royal protocol usually dictates that holiday invitations to Sandringham Estate be reserved only for married members of the family, but Markle is getting a pass.

?The Queen and members of the Royal Family will attend the Morning Service on Christmas Day at Sandringham Church,? Buckingham Palace said in a statement about the holiday.