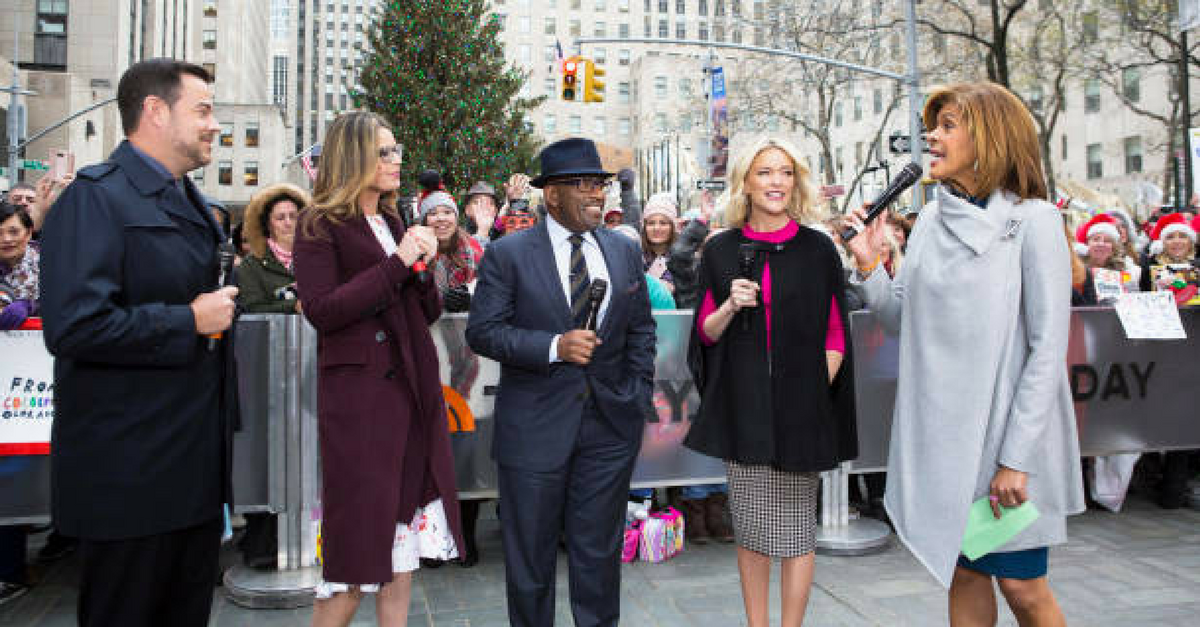 Hoda Kotb will be helping Savannah Guthrie hold down the fort on “The Today Show” for a while longer, according to reports.

The star “will be in the co-anchor chair for the foreseeable future” following Matt Lauer’s recent firing for sexual misconduct, an NBC source told Entertainment Tonight. Kotb appeared alongside a tearful Guthrie to announce the shocking news to viewers the day after Lauer’s termination and has continued to do so ever since. In the meantime, NBC is searching for who will permanently replace Lauer on one of the network’s top shows. There have been rumors that everyone from Megyn Kelly to Willie Geist to Craig Melvin are in the running for the job.

RELATED: Veteran actor levels Matt Lauer in a scorching rant on while appearing on “The Talk”

Lauer — who has since been accused of gifting a co-worker a sex toy,  summoning a colleague to his office for sex and exposing his penis to another — was fired from the network last week, and the news was announced to staff in a statement:

On Monday night, we received a detailed complaint from a colleague about inappropriate sexual behavior in the workplace by Matt Lauer. It represented, after serious review, a clear violation of our company’s standards. As a result, we’ve decided to terminate his employment. While it is the first complaint about his behavior in the over twenty years he’s been at NBC News, we were also presented with reason to believe this may not have been an isolated incident.

Our highest priority is to create a workplace environment where everyone feels safe and protected, and to ensure that any actions that run counter to our core values are met with consequences, no matter who the offender.

NBCUniversal Legal and Human Resources are reportedly still conducting an investigation into Lauer’s alleged misconduct, with the review still being in it’s early stages. The former host’s former co-host Katie Couric broke her silence on the scandal on Friday, calling it “incredibly upsetting.”

RELATED: Katie Couric finally breaks her silence on the news of Matt Lauer’s dismissal from “TODAY”