Like most child stars, Lindsay Lohan has had a tumultuous life. On Tuesday morning, she stopped by “Good Morning Britain” to talk about the recent changes in her life. Most notably, Lohan has supposedly converted to Islam. Rumors of her conversion sparked when a picture emerged of the actress with a Quran under her arm. When asked about her religious sympathies, she said “I do study [the Quran].” She also said, that converting to Islam is a “consideration that [she has].”

RELATED: Lindsay Lohan makes a stunning admission about her fiance and abuse

She also relayed an anecdote about a time that she was flying to New York and got stopped while wearing a head scarf. She said that the agent saw the name on her passport and “immediately started apologizing but then said ‘but please take off your head scarf.'” She also said that she was wearing the head scarf “because [she] was leaving Turkey and out of respect,” adding, “I feel more comfortable acting the same as the other women.”

When asked about President Trump, “I don’t agree with his policies and the things that he’s doing, but at the end of the day, he is the president.” She continued, “What’s the point in picking on someone?” and said that she finds the reaction of many people (probably meaning the celebrities who have so vigorously opposed the administration) to be “overly dramatic.” However, she couldn’t help but joke that “his Twitter does need to be taken away or deleted.”

RELATED: Lindsay Lohan speaks out on Donald Trump; she wants to meet the president

The British viewers also seemed very pleased to see the star looking well and happy. They consistently sent Twitter messages at “Good Morning Britain” with messages like “How wonderful to see Lindsay looking so fabulous and well this morning. Wish this lady well with her life now her demons are sorted.” 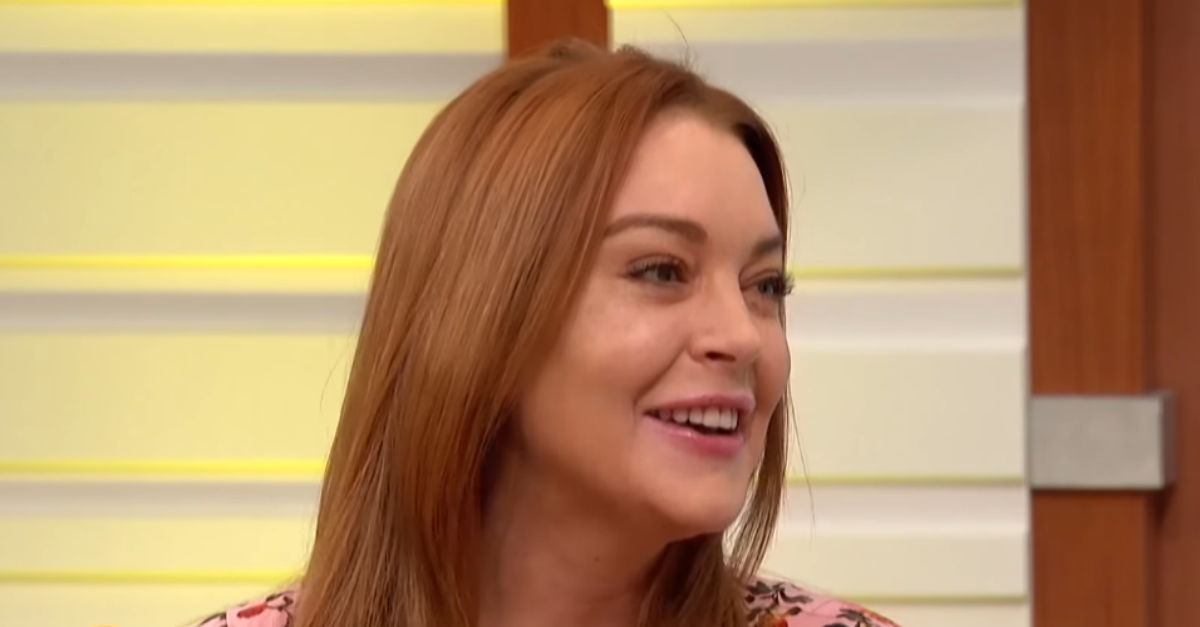