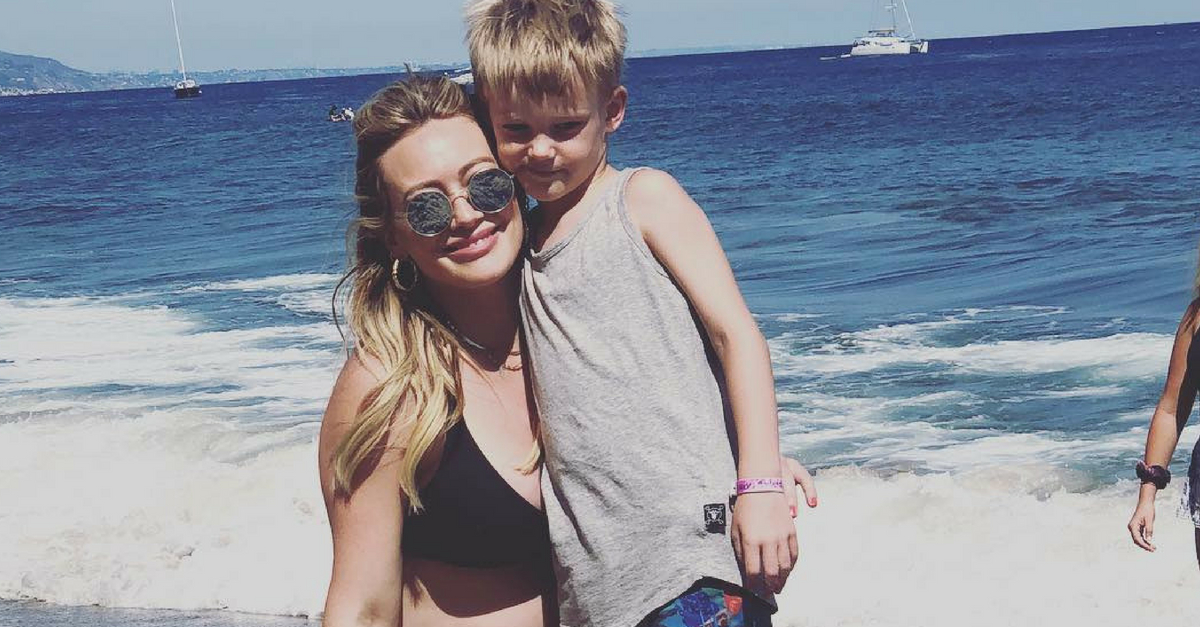 This is what dreams are made of! Baby number two is on the way for former Disney Channel star, Hilary Duff, who is currently starring in the TV drama series Younger. Duff showed off her growing baby bump, posing next to 6-year-old son, Luca Cruz.

The mother-son pair enjoyed a day at the beach during the Fourth of July holiday in California, and snapped a photo together taking over the social media world. The sweet caption reading, “My sweet sweet boy. Oh the adventures we?ve had ?” Break the internet, Lizzie Mcguire!

My sweet sweet boy. Oh the adventures we’ve had 💙

The 30-year-old, and boyfriend Matthew Koma announced they were pregnant earlier this month. The couple each shared the same photo on their Instagram accounts, where you can see Duff showing off a small, yet noticeable baby bump.

Guess what guys! @matthewkoma and I made a little princess of our own and we couldn’t be more excited!!!!!!🤰🏼👶🏼🎀

Read More: Hilary Duff opens up about finding love and how ?ridiculous? Aaron Carter has become

The couple followed up weeks later with a video taken on Mother’s day, where next to family members, they reveled the gender of the baby. In the video you see Duff jumping up and down, as pink confetti lit up the sky. Luca will now have a baby sister!

During an interview at The Late Late Show with James Corden, Duff opened up about how her son was preparing to be a big brother, stating he was surprised but is warming up to the idea. The six-year-old even picked out a name for the baby girl, “Cofant Croissant.” Talk about a name!

Luca?s father is Duff?s ex-husband and former hockey player Mike Comrie, who she was married to from 2010 to 2016. Duff and current boyfriend Koma, briefly broke up in March 2017 before reuniting in September.

Duff seems to be adjusting just fine to the pregnancy! Her recent Instagram post featured her and a friend at a concert, where fans were quick to compliment her appearance. Hilary stated she was excited when she learned it was a girl, since she was rooting for having one of each. Her pregnancy news comes after her sister, Haylie Duff, welcomed another girl into the Duff family.

Getting practice with Lulu🍑 ❤️

Congratulations to the happy family, it seems like life is working out just fine! Out with the blue, in with the pink!