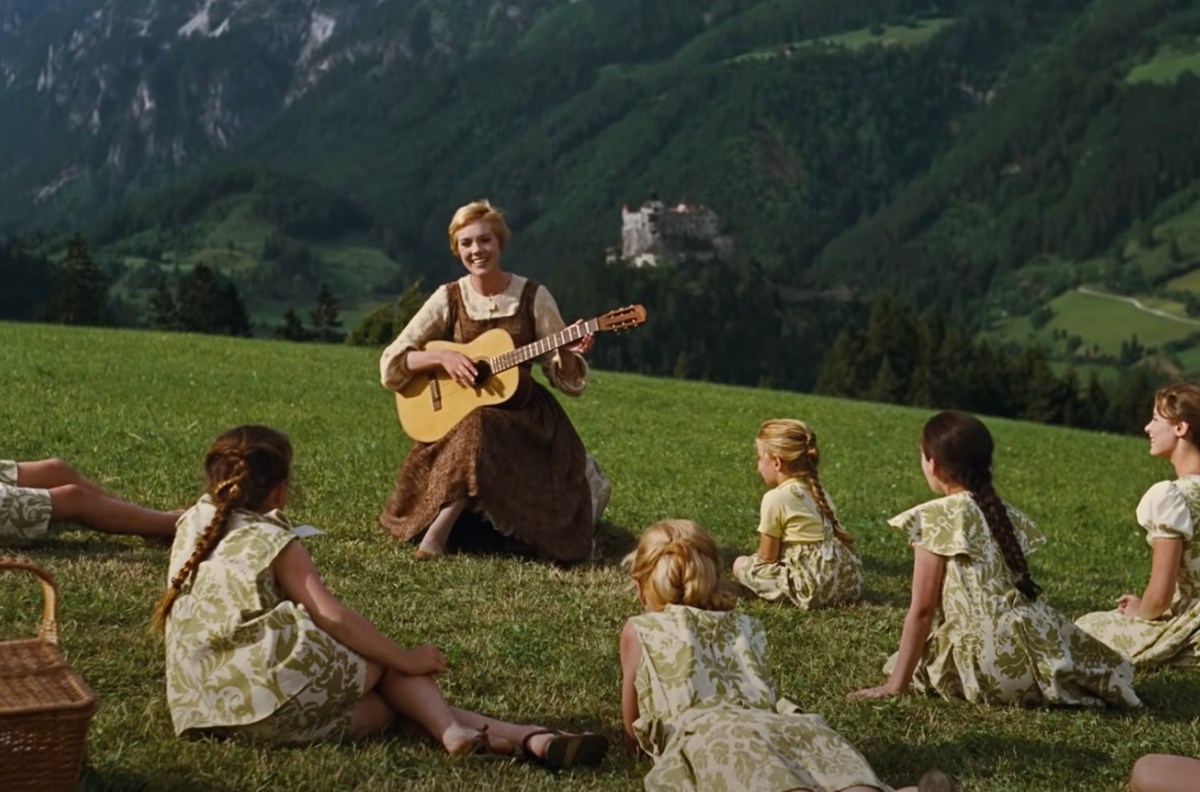 The Sound of Music is the feel-good film that makes you sing and look at those Swiss Alps and wish you could go there (ahem, especially when you’re only allowed to visit the space that makes up your home at present). The Hollywood film is based on the real-life of the Von Trapp family singers. Some things were fictionalized for the movie, naturally, but others very real.

Maria Augusta Kutschera (the character Julie Andrews plays) was selected to be a tutor for one of Baron Georg von Trapp’s children. She came about this position when she was at a Benedictine monastery in Salzburg called Nonnberg Abbey. Georg con Trapp asked one of the Mothers there to send him a tutor for his daughter, Maria, who was too sick with scarlet fever to attend school. This was the perfect position for Maria Augusta Kutschera. She was young, only twenty-one, had a teaching background, and was finding the strict nature of the Abbey less than compatible with her lifestyle. She quickly accepted the offer for a 10-month assignment.

And unlike what the movie presents, it wasn’t exactly a “let’s make a movie of this” (though, they literally quite did) love story at first. It didn’t take long for The Baron to fall in love with Maria, who had formed a special bond with each of his children: Rupert, Agathe, Werner, Hedwig, Johanna, and Martina. She also just so happened to nurture something that was already very central to the von Trapp family: music. When Maria made it to her assignment, the family already know over 100 songs. She did teach them Madrigals, a type of music perfect for a talented group of musical children with varying ages and, thus, vocal ranges. Madrigals are usually performed a capella.

A post shared by Maria Jean Hampton-Laveau (@mariajeanhamptonlaveau) on Mar 8, 2020 at 11:11am PDT

Music had been a special family tradition that Baron Georg von Trapp’s first wife, who’d died from scarlet fever, introduced to their children. Having found someone who brought that liveliness back to the family, he couldn’t help but fall for her. She, however, felt a little differently. She was invested in the von Trapp children enough and did have a fondness for Georg von Trapp, so she agreed to marry him. Unlike in The Sound of Music, their escape from the Nazis happened ten years after they were married. Also, not all of the kids were as young as they were in the Hollywood hit.

When the Great Depression hit, the von Trapps fell on hard times, like many others. For extra money, they took in boarders when their bank went under. One of these was Father Franz Wasner. He recognized their talent and became the family’s musical director. When they went on their concert tour, he traveled with the family around Europe and the United States.

The Trapp Family Singers released multiple albums and LPs. From their musical and touring earnings, they earned enough to buy a farm in Vermont. It was called the Trapp Family Lodge. They disbanded in 1955, after decades of performing together as a family.

Watch: Do You Remember ?The Carol Burnett Show??