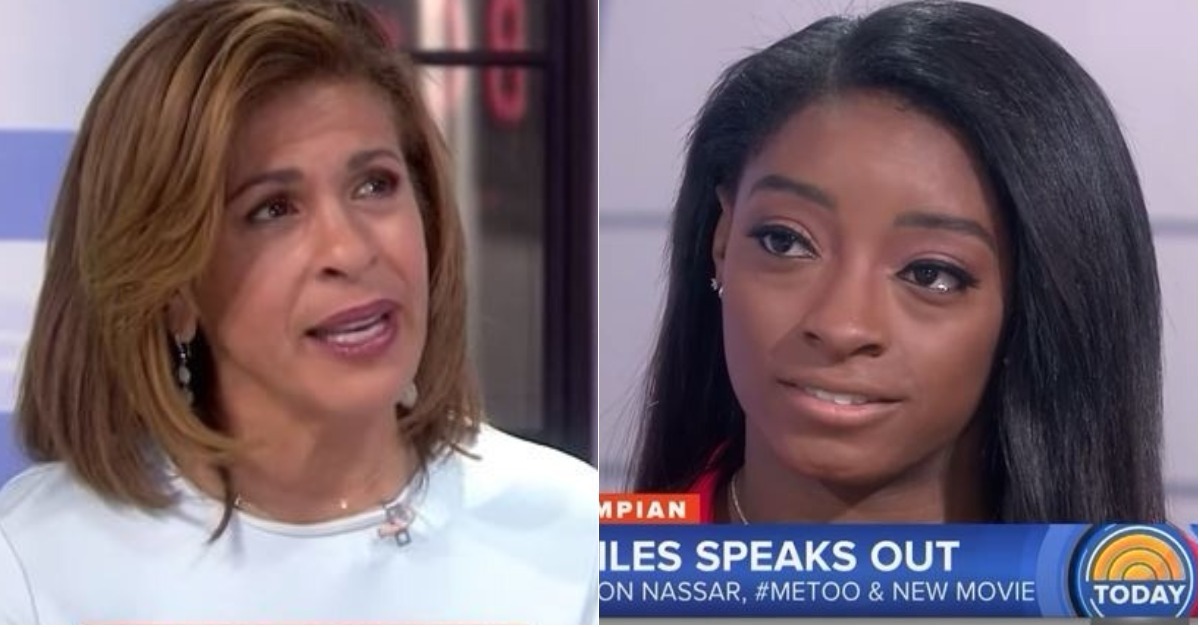 There wasn’t a dry eye in the room when Simone Biles opened up to Hoda Kotb about the abuse she faced at the hands of Larry Nassar.

The Olympic darling sat down for the interview ahead of the new Lifetime movie about her life and opened up about the abuse and watching the sentencing of Nassar.

“I think it?s very hard for someone to go through what I?ve gone through recently and it?s very hard to talk about,? Biles said, though tears. ?But other than that, I think the judge is my hero just because she gave it to him straight and didn?t let him get any power over the girls. And letting the girls go and speak was very powerful.”

Kotb appeared choked up by Biles’ words and said, “He can’t hurt you anymore.”

“No, he cannot,” she said, adding that she thinks fellow gymnasts are able to push back the feelings in order to compete. When she saw the sentencing, Biles said she was “very happy. I wish she would have just given him a crazy number like 3,000 years or something, but other than that she was a boss and she was absolutely amazing.?

Nassar was sentenced last week to 40 to 175 years in prison. On Jan. 31, The Associated Press tweeted that the judge said 265 victims have come forward with abuse claims.

Biles said that the new USA Gymnastics president Kerry Perry has reached out to her since the sentencing.

?We didn?t talk of any of that discussion, but she just wanted to introduce herself because I am the only one back in the gym so far,? Biles said. ?So she reached out to me, but other than that, [USA Gymnastics] has not reached out. I?m one of their top athletes advocating for not only gymnastics but also for the Olympics. I think it?s kind of crazy but hopefully they?ll reach out.?

On Jan. 15 , Biles revealed her own sexual abuse in a lengthy statement on Twitter.

“Most of you know me as a happy, giggly, and energetic girl. But lately?I?ve felt a bit broken and the more I try to shut off the voice in my head the louder it screams. I am not afraid to tell my story anymore,? she wrote at the time. ?I too am one of the many survivors that was sexually abused by Larry Nassar. Please believe me when I say it was a lot harder to first speak those words out loud than it is now to put them on paper. There are many reasons that I have been reluctant to share my story, but I know now it is not my fault.?