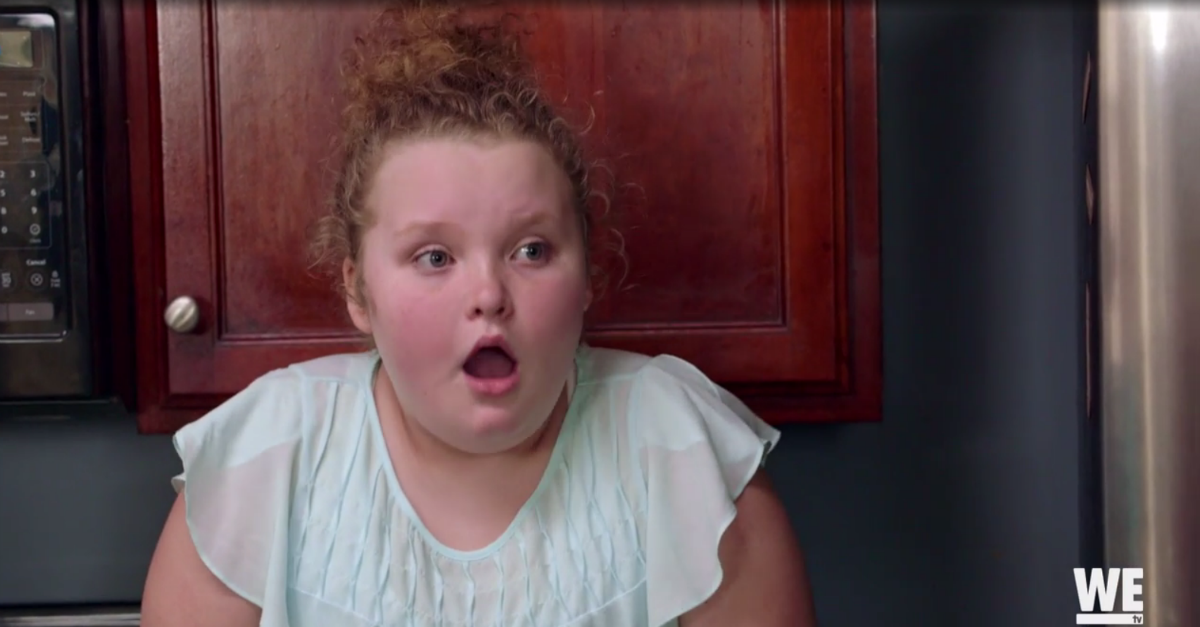 Mama June Shannon is getting into shape one day at a time.

And now it’s time for the big reveal of what she looks like.

A preview from her WEtv show “Mama June: From Not to Hot” hints at just how dramatic the change was.

Daughters Alana “Honey Boo Boo” Thompson, 11, and Lauryn “Pumpkin” Shannon, 17, opened up about their mother, who was in California for three weeks getting some surgeries on her breasts, chin and arms.

At the end of the clip, Mama June walks through the door. Though her face remains hidden, Honey Boo Boo’s “Oh my Lord” and surprised face says it all.

The journey has already been so emotional for Shannon. It’s taken not only a physical and mental toll on her, but also on her children. In one interview, her daughters expressed worry that she would be displeased with her looks if she didn’t get the surgery.