Menu
Follow us
Search
Menu
Search
Jeremy Meeks, the model who was referred to as "the hot felon," walks in the Philipp Plein fashion show, Monday, Feb. 13, 2017, in New York. (AP Photo/Diane Bondareff)

Orange is not the new black for America’s most attractive felon Jeremy Meeks after he traded in his prison jumpsuit for designer clothes and strutted down the New York Fashion Week runway.

RELATED: Joe Biden’s daughter is starting a clothing line, and how she’s doing it is making her dad proud

Meeks’ mugshot went viral when it was posted to a California police department’s Facebook page in 2014 and viewers dubbed him “hot felon” after taking a look at his piercing blue eyes and chiseled jaw. Before he was even let out of jail, he signed with talent agency White Cross Management and has since ended up on the catwalk modeling designs by Philipp Plein.

His various tattoos, including a tear drop on his face, were on display as he walked by the star-studded front row in a black puffa jacket with a fur-lined hood and black pants. He was also photographed shirtless backstage, showing off the rest of his tattoos. Among those onlooking from seats lining the runway were Kylie Jenner, Paris Hilton and Madonna.

Meek’s modeling career has apparently taken off after serving two years behind bars for illegally possessing firearms and ammo, carrying a loaded firearm in public and criminal street gang activity. The husband and father of three was released from prison nearly a year ago, and life after prison is clearly treating him well.

RELATED: Styles we love from the ever-classy Ivanka Trump 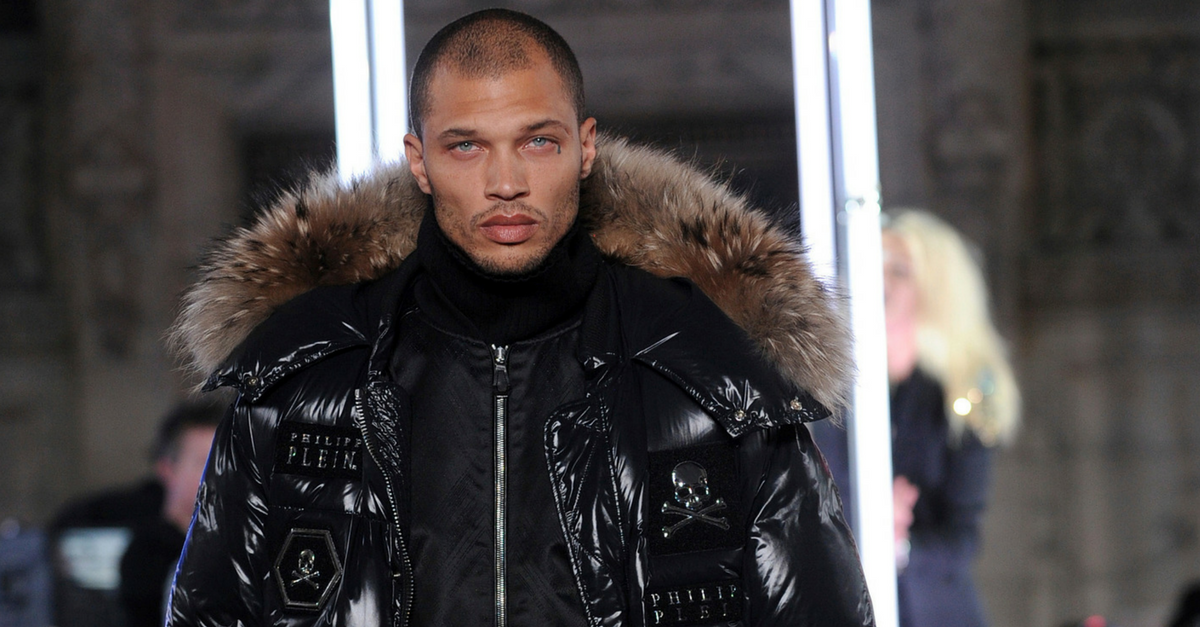