Hugh Grant’s girlfriend is pregnant, which means the 57 year old is about to become a dad for the fifth time 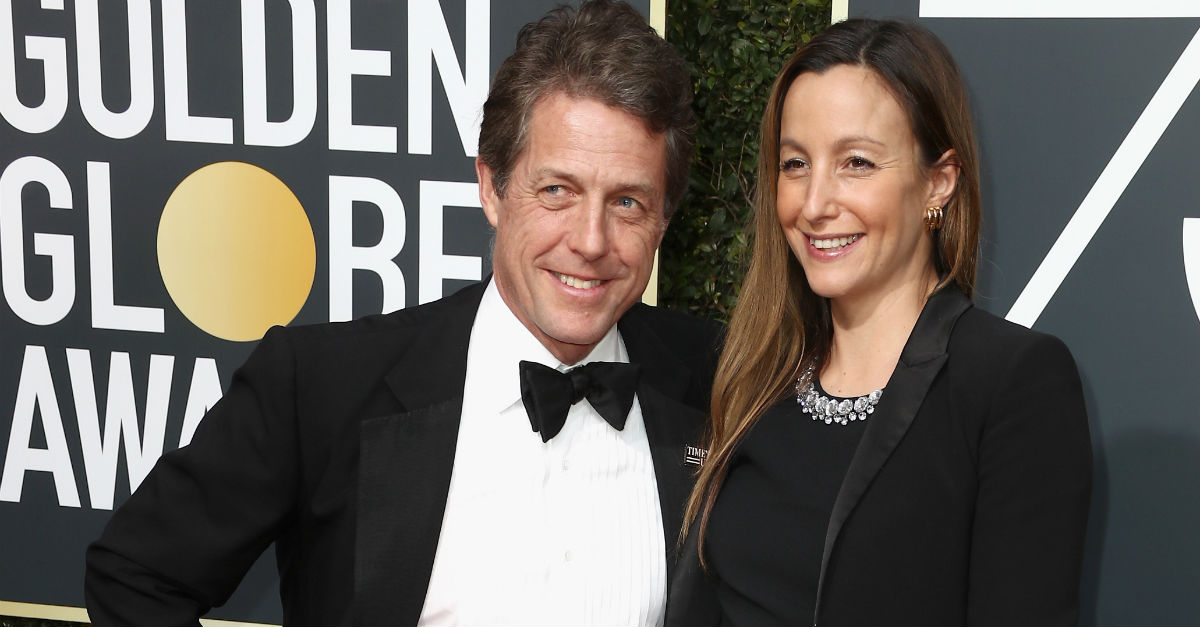 Hugh Grant is about to become a father for the fifth time!

The British actor’s Swedish girlfriend Anna Eberstein is believed to be pregnant with the couple’s third child after their 2-year-old daughter and 5-year-old son named John Mungo. Grant also has two other children from a previous relationship.

The pair were spotted at a New York airport, where Eberstein’s baby bump was visible, according to PEOPLE.

?I?m very happy to be getting another grandchild. She?s due rather soon,? Eberstein?s mother Susanne told Swedish magazine Aftonbladet.

Despite fathering five children, Grant has never actually been married.

The eternal bachelor appeared on The Howard Stern Show back in 2016 and dished all about what he believes is the secret to a happy marriage, despite never being in one!

?I?ve always admired the French and the Italians, who are very devoted to their marriages and take them extremely seriously, but it is understood that there may be other visitors at 5 o?clock in the afternoon,? he said. ?You never boast about it, you never say anything, but it keeps you together.?

Grant continued and revealed that he doesn?t actually believe in marriage at all.

?If you ask me the question, ?Do I think human beings are meant to be in 40-year-long monogamous, faithful relationships?? [?] No,? he said. ?Whoever said they were? Only the Bible or something. No one?s ever said that that?s a good idea.?

?I think there?s something unromantic about marriage,? he added . ?As soon as you get married, you?re into possessiveness, ownership, jealousy, all these unhappy things, boredom, and if you don?t do those things, it can still be sexy, romantic, fun. There?s a lovely aspect of it sometimes. If you marry exactly the right person, your best friend, then it?s cozy and it?s lovely, but people make so many mistakes.?

Just because it isn?t for him doesn?t mean Grant is completely opposed to people getting married, however.

?My brother has an annoyingly good marriage,? he laughed. ?He?s really happy. It pisses me off.?

We haven’t heard much from Hugh since he drew the ire of conservatives last year after he posted a photo of President Donald Trump’s son with a scathing caption.

Nearly 77,000 people retweeted Grant?s post about Trump Jr. The post featured an old photo of Trump Jr. on an elephant hunt, holding the severed tail of an elephant.

?Americans often ask me to define the British word ?Wanker,’? Grant wrote, clearly referring to Trump Jr. as the a prime example of the term.