Hugh Hefner passed away, and people are paying tribute in their own special ways 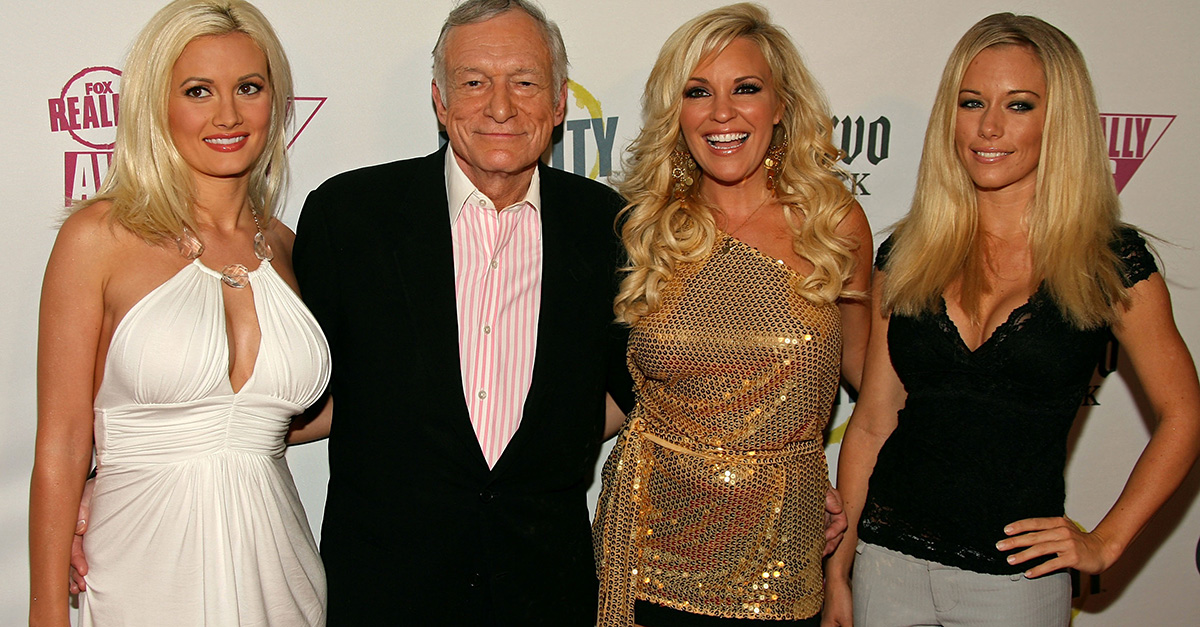 The world lost a legend on September 27 when news of Hugh Hefner’s death made headlines all over the world.

The media mogul passed away peacefully in his home of natural causes surrounded by family at the age of 91. He was not only a pop culture icon, but he also changed the way people viewed sex and started a sexual revolution with his risque magazine, Playboy.

The news of his death spurred reaction all over Hollywood, including some of the most famous faces to grace the covers of Playboy.

RELATED: ?Playboy? founder Hugh Hefner will be laid to rest next to Marilyn Monroe

Can't really put in to words how I really feel. It's easy to say he will be missed and how much I loved him. There's a lot more than that

Remembering an American icon and a true pop culture trailblazer. Honored to be part of the @Playboy legacy alongside my friend @HerbRitts. Rest In Peace #HughHefner ❤️

RIP to the legendary Hugh Hefner! I’m so honored to have been a part of the Playboy team! You will be greatly missed! Love you Hef! Xoxo

RIP #Hef Thank you for being a revolutionary and changing so many people's lives, especially mine. I hope I made you proud. 😓#PMOY 94 ❤️ pic.twitter.com/sF9ARYgEpw

RIP Hef. What a life! Honored to have been a small part of your iconic brand! I know you're gonna throw one hell of a party up there! #playboy #hughhefner #hef @hughhefner @playboy

so proud to be apart of @hughhefner's legacy. loved working with him..what an honor! 😘 pic.twitter.com/njfQXIzRPk

1995 filming The Phantom on your driveway,With a twinkle u said "My Mothers name is Swanson maybe we're related 🇸🇪😉" #RIPhef #WeWillMissYou pic.twitter.com/Z4Roem6pIt

I'm am honored that I had the privilege to be apart of the Playboy world! It was a magical time in my life.We'll miss you #RIPHughHefner

It was an honor to grace the cover of your magazine for the celebrity edition. You made being sexy iconic. 🙌🏼 Rest In Peace Hugh Hefner. 🙏🏼💗 #rip #playboy

I am beyond sad to hear @hughhefner has passed away. I feel this man has changed my life like he has for so many like @carmenelectra @pamelaanderson etc. I am so grateful to Hef and for @playboy in believing in me and putting me on the their celebrity covers in 2005 and 2009. (I was Never a Playmate) When Hef put me on the 2005 celebrity cover and named me the "Sexiest Swimsuit Model in the World" it opened some amazing doors. I will forever be grateful for those opportunities that allowed me to pursue my dreams. #rip #hughhefner you are a true legend and will be missed! And let's not forget the amazing parties at the mansion! No one can top that!

R.I.P. Hugh Hefner 😥 The American Icon who in 1953 introduced the world 2 Playboy mag and built the company into one of the most recognizable American Global brands in history , I am so grateful I had the opportunity to shoot many Playboy celebrity pictorials with u Hef❤️ thank u for picking me and Bringing me into the magical world of Playboy ! I just can't stop crying and I can't imagine how many bunnies are crying for u too. U are a class act and I will always have gratitude for your kindness 🙏🏼love u Hef #hughhefner #playboy #icon @playboy

One of the nicest men I've ever known. Godspeed, Hugh Hefner. pic.twitter.com/457cchqskO

Hugh Hefner was a GIANT in publishing, journalism, free speech & civil rights. He was a true original, and he was my friend. Rest well Hef. pic.twitter.com/bJ1wxoK4gR