Celebrated publisher and peddler of sophisticated smut Hugh Hefner passed away on Wednesday at the ripe old age of 91, and while he was best known for his multiple marriages to much younger ladies, his love of tacky smoking jackets, and the Playboy Mansion — the renowned Los Angeles sex-palace he called home — Hefner will also be remembered as the savior and protector of an iconic American landmark: the Hollywood sign.

RELATED: “Playboy” founder Hugh Hefner will be laid to rest next to Marilyn Monroe

The Hollywood sign, which, for decades, has marked the center of the movie-making world, was saved from demolition several times following last-minute donations from Hefner. He originally stepped in to save the sign with a fundraising event at the Playboy Mansion in 1978 and described the sign as Hollywood’s Eiffel tower. He said: “My childhood dreams and fantasies came from the movies, and the images created in Hollywood had a major influence on my life and Playboy.”

Then, in 2008, a group of investors listed 138 acres of land for sale beside the sign. The potential sale provoked fears that a new development might be constructed next to the landmark, making it impossible for locals and tourists to see the sign in all its glory. To avoid that outcome, the Trust for Public Land came up with a plan to purchase the property and donate it to the city. Hefner generously pitched in the last $900,000 to make the deal happen.

The Trust for Public Land honored Hefner’s contribution by having a plaque installed on a large boulder close to the sign. It reads: “Hugh Hefner Overlook.” 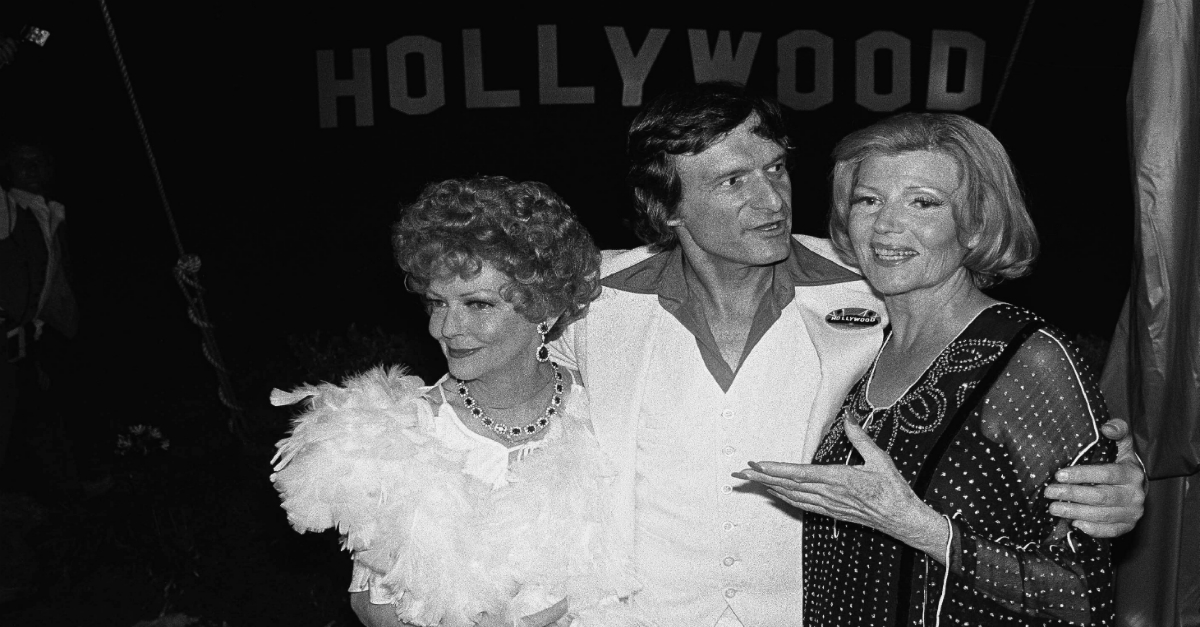