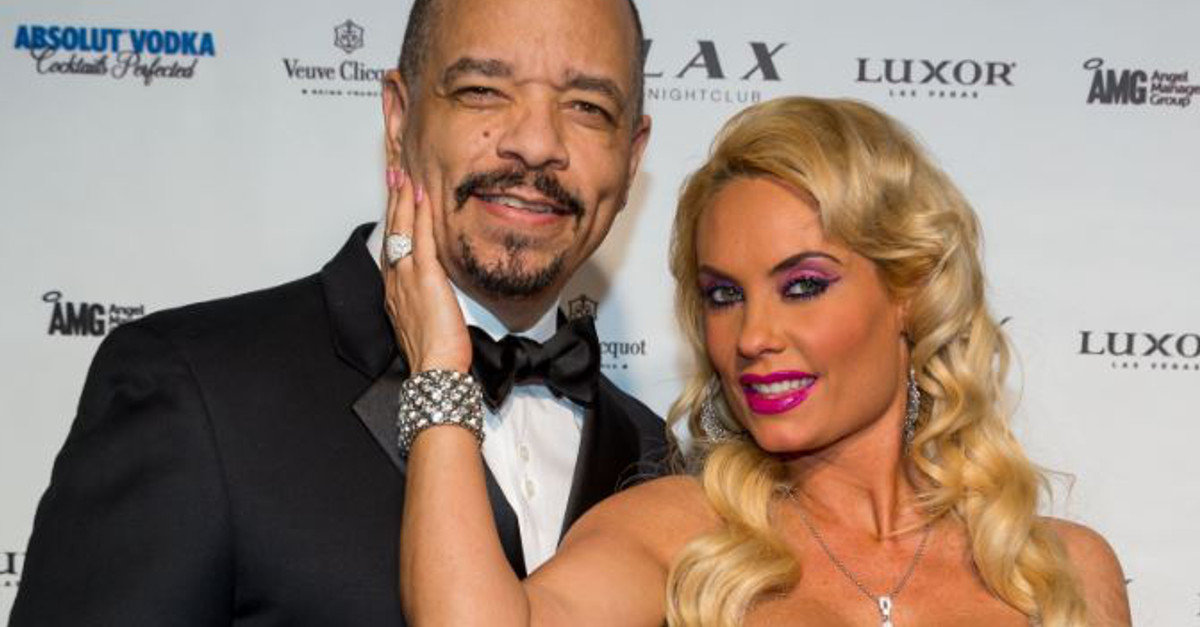 Rapper-turned-actor Ice T and his wife, clothing designer Coco Austin, were asked recently if Hollywood parents get overly scrutinized for their parenting.

It’s a relevant topic for the power couple because of 17-month-old daughter Chanel, who apparently keeps Coco’s baby bag stocked with all kinds of accessories at all times (see video above). Ice T, the star of “Law & Order: SVU,” quite plainly said, yeah, we get scrutinized.

But you know what? They don’t care.

RELATED: Utah parents busted for giving their son weed as a reward for good grades

“I think you have people watching you, but it depends if you care about scrutiny,” Ice T, 59, told Us Weekly. “Like, we don’t care. ? We’re kinda immune to all that. Some people, it really bothers them what other people say. But they gotta know, they’re just people [at] home, just talking mess.”

Maybe if the couple were newlyweds or still in their 20s they might have a different attitude. But Ice T and Austin, who is 38 and designer of The Licious Clothing line, have been married for 15 years. The couple are comfortable with who they are and how they’re raising their little girl.

RELATED: Which fast food kids’ meals are healthiest and which are total calorie bombs

“We face scrutiny whether you have a baby or not, so having a baby, you’re like in this little microscope, because they want you to do something wrong so they can say something bad, that you’re a bad mother,” Austin told Us Weekly. “But we’re just like regular moms, we’re still trying to figure it out. We don’t know everything, we’re not perfect.”

Ice T, however, called his wife “supermom” for her ability to care for Chanel and handle her workload during a very limited window of free time.

“It’s hard, it’s hard,” Austin said. “The only time I can do work is within a two-hour period, and that’s when she’s sleeping ? during her nap time. And in that two-hour period, I have to get all my stuff done. And it’s really, really hard.”