Idina Menzel of “Frozen” let a young fan sing at her concert, and his rendition of “Let It Go” is magical 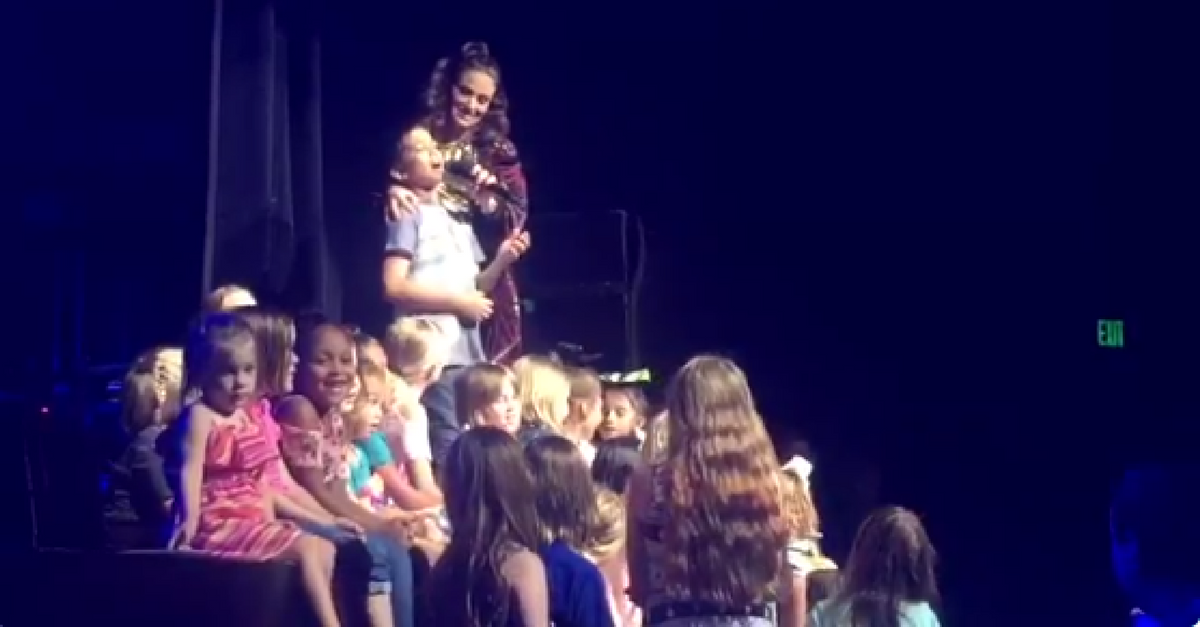 During a Sunday “Frozen” concert in Texas, the singer behind Elsa’s voice, Idina Menzel, invited a group of children onto the stage to sing along with her.

When she asked one particular boy if he knew what song was coming up next, he said, “‘Let It Go,’ obviously! What kind of question is that?”

“Let me just tell you what I?ve been through,” said the singer, who explained that during her Idina Menzel World Tour, “every time a boy comes up, he tells me he doesn?t really like this song.”

RELATED: Idina Menzel has an idea about who should sing at Donald Trump?s inauguration since no one is committing

Menzel then handed the mic over the Luke and asked him to sing the chorus of “Let It Go.” And sing he did! Luke completely blew both the audience and Menzel away. The audience was so busy cheering during his performance that Menzel even asked Luke for an encore.

Can you all just shut up for a minute &let him sing it again? This kid has pipes!!#Lukestealstheshow part 1 #idinaworldtour @idinamenzel pic.twitter.com/EkGzDBW7YO

“Can you all just shut up for a minute and let him sing it again?” she asked.

Luke belted his little heart out again, totally nailing it once again.