In 1955, the charismatic Billy Graham began an unlikely friendship — with Queen Elizabeth II 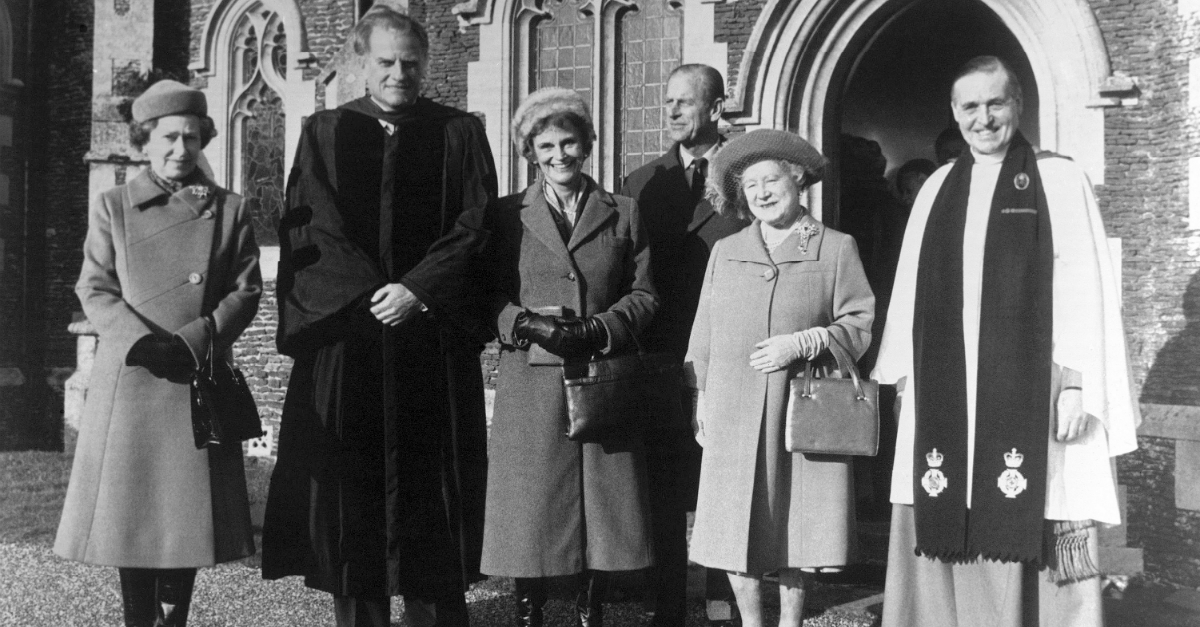 Famed evangelist Rev. Billy Graham, affectionately known as “America’s pastor,” left the world Wednesday at the age of 99. Graham died at his home in North Carolina of natural causes.

As a preacher, Graham reached more than 200 million through his appearances and millions more through his pioneering use of television and radio and legions of loyal followers and friends — including Britain’s Queen Elizabeth II.

Elizabeth, a devout Christian herself, was drawn to the charismatic preacher and facilitated a meeting with him when he visited the U.K. on a 12-week “crusade.”

“Good manners do not permit one to discuss the details of a private visit with Her Majesty, but I can say that I judge her to be a woman of rare modesty and character,” Graham wrote in his autobiography, “Just As I Am”.

Graham also claimed that the queen was “unquestionably one of the best-informed people on world affairs” he’s ever met, and he “found her highly intelligent and knowledgeable about a wide variety of issues, not just politics.”

“Once, when visiting the royal family at Sandringham in 1984, Ruth and I walked past a woman wearing an old raincoat, Wellingtons, and a scarf; she was bent over fixing some food for the dogs,” Graham wrote. “We thought at first she was one of the housekeepers, but when she straightened up, we saw it was the Queen!”

Graham also writes about a time when the queen asked him for some input on one of her annual Christmas speeches.

“I always found her very interested in the Bible and its message,” Graham wrote. “After preaching at Windsor one Sunday, I was sitting next to the Queen at lunch. I told her I had been undecided until the last minute about my choice of sermon and had almost preached on the healing of the crippled man in John 5. Her eyes sparkled and she bubbled over with enthusiasm, as she could do on occasion. ‘I wish you had!’ she exclaimed. ‘That is my favorite story.'”

Their meeting was depicted in an episode of the Netflix series “The Crown.”

“You do speak with such wonderful clarity and certainty,” Elizabeth, played by actress Claire Foy, tells Graham in the scene.

The Washington Post claims it’s unlikely that Graham and the queen were ever actually alone together, (as depicted in the show), because Graham followed the same rule as current vice president Mike Pence and did not allow himself to be alone with women who weren’t his wife.