In honor of “Star Wars Day,” Billie Lourd shares a sweet throwback picture of her and mom Carrie Fisher 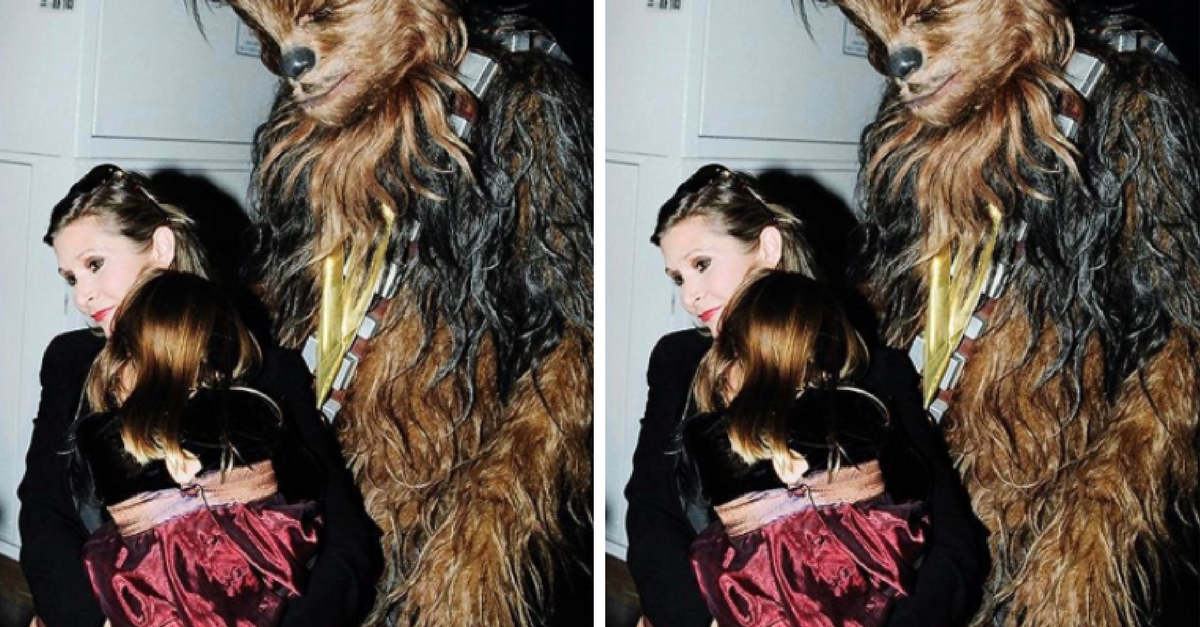 May the Fourth has been dubbed “Star Wars Day,” and to celebrate, Billie Lourd posted on old photo of her and her mother Carrie Fisher, who played Princess Leia in the film franchise.

“#maythe4thbewithyou,” Lourd captioned the picture, which features Fisher holding her in her arms while Chewbacca looks down on them both.

RELATED: Carrie Fisher and Debbie Reynolds will be memorialized in the sweetest way possible

Her post comes has fans across the world are taking to social media to honor their late princess, who passed away suddenly at the end of last year.

i wish you could be here with us, i miss you so much @carrieffisher , may the force be with you, wherever you are ⚘ pic.twitter.com/t7faQYP9ed

Last month, Lourd also paid tribute to her mother at the “Star Wars” celebration in Orlando, Fla., by giving a speech and by wearing a custom Tom Ford dress that was very similar to the one worn by Fisher in “Episode IV.”

“Feeling the ultimate strength of the force from all of the incredible fans at #starwarscelebration after our tribute to my #momby,” she wrote after posting a picture of herself at the event on Instagram.

RELATED: Carrie Fisher?s co-stars recall her final days on the set of her last project