In the wake of Matt Lauer’s firing, “TODAY” fans are wondering who will replace him 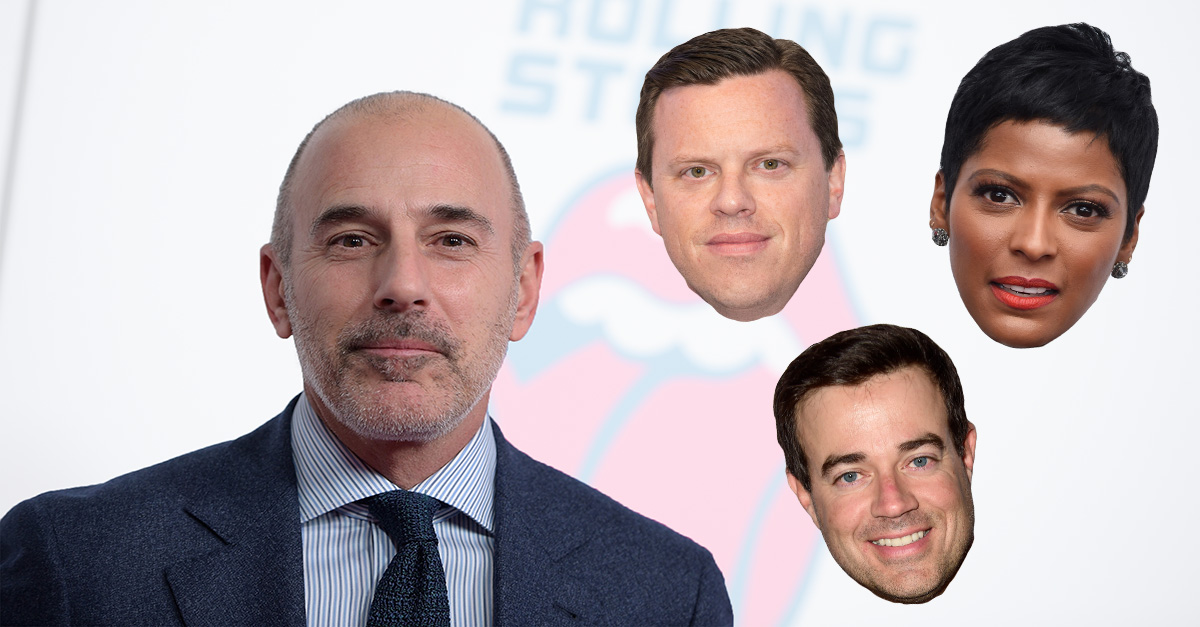 On Wednesday, news that Matt Lauer had been fired from NBC made headlines following accusations of sexual misconduct from a female colleague earlier this week.

For Wednesday and Thursday’s broadcasts, “TODAY” anchor Hoda Kotb filled in Lauer’s seat, which may work out in the short term, but there is still the question of who could replace him full time. NBC may go inside to find his replacement and look to Al Roker, Willie Geist or Carson Daly to fill the seat, and The Hollywood Reporter speculates that 9 a.m. host Megyn Kelly may be brought into the first two hours of the broadcast.

The publication also reports that big names like Ryan Seacrest (who just signed on as co-host to Kelly Ripa AND as host of the upcoming “American Idol” reboot) and Anderson Cooper could be tapped the join the cast, though Cooper reportedly has a big contract with CNN which could keep him from taking the role.

RELATED: The ?TODAY? cast were all smiles at their Christmas Tree Lighting despite the scandal around former co-host Matt Lauer

Former “TODAY” anchors Ann Curry and Tamron Hall have also been rumored to get back on board in Lauer’s absence. One former “TODAY” executive told the Reporter that “bringing an outsider in would be risky, as viewers may jump ship if they don’t like the choice.”

“TODAY” has not commented on plans to replace Lauer at this time.

This isn’t the first time a daytime talk show has had drama around who would fill a co-host seat. In 2016, Michael Strahan abruptly left then-titled “Live with Kelly and Michael” to take a seat as a co-host of “Good Morning America.” Ripa spent a year working with guest co-hosts until announcing Ryan Seacrest would replace Strahan full-time on “Live with Kelly and Ryan.”