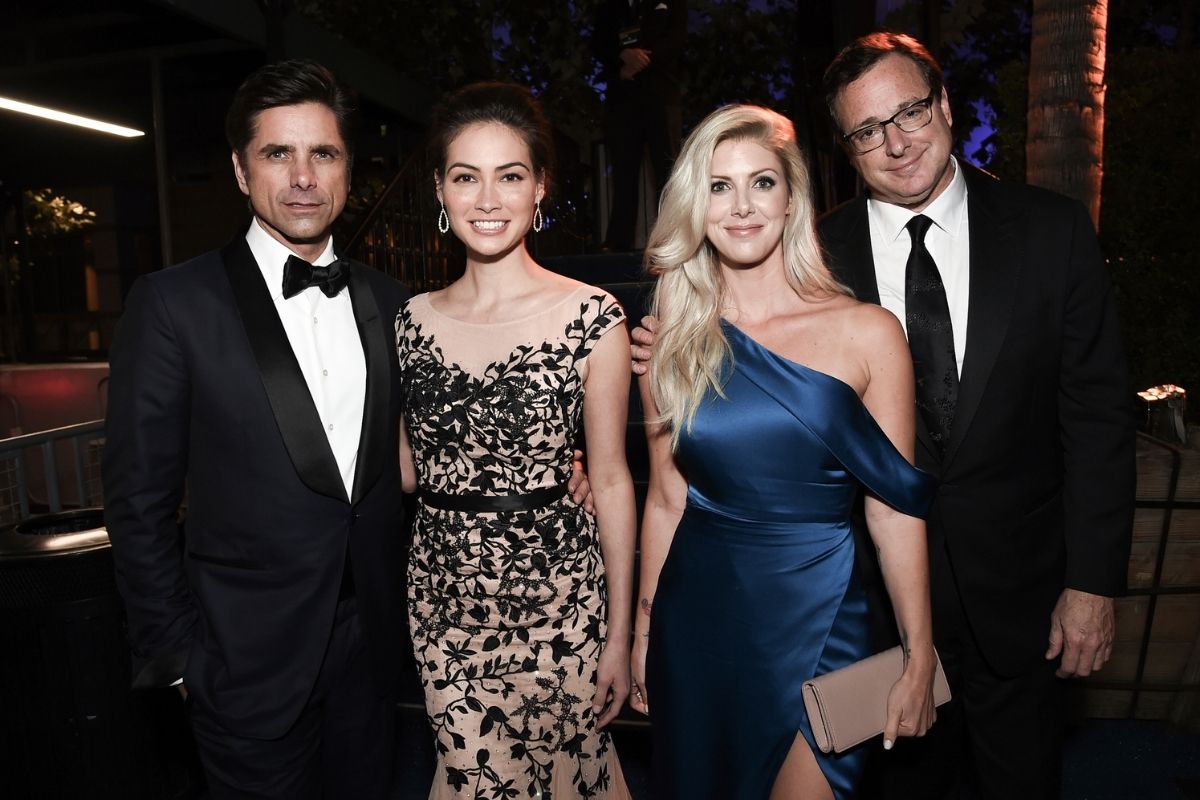 Bob Saget is one of America’s most beloved TV dads. So what is the Full House star’s real family like? Like his character Danny Tanner, Saget actually has three daughters! But unlike the conventional Mr. Tanner, Saget is remarried to a professional blogger more than twenty years younger than him. Read on to meet Saget’s new wife, Kelly Rizzo.

Bob Saget grew up in Philadelphia, attending Abington Senior High School then Temple University before moving to Hollywood with big dreams. Saget’s student film while at Temple was well-received and he planned to attend grad school at the University of Southern California. But he dropped out after only a few days and set his sights on a new career path: stand-up comedy. Saget quickly made a name for himself and by 1987, he was cast as the lead on a new ABC sitcom: Full House. As patriarch Danny Tanner, Saget played something of a straight man to the kooky goings-on of the unusual Tanner household. Full House was an instant classic that introduced the world to co-stars like the Olsen twins, John Stamos, Candace Cameron-Bure, Lori Loughlin, Dave Coulier, and more.

While filming Full House, Bob Saget also hosted America’s Funniest Home Videos. Remaining at AFV until 1997, Saget was one of the most familiar faces of the 1990s. Since then, he’s kept a lower profile but reprised his role as Danny Tanner in the Netflix reboot Fuller House, which just wrapped up its final season.

Bob Saget shares three beautiful daughters with his ex-wife Sherri Kramer, whom he was married to from 1982 to 1997. Their daughters, Aubrey Saget, Jennifer Belle Saget, and Lara Melanie Saget, are now fully grown. Both Aubrey and Lara, who are close in age, are professional artists and alums of the MFA program at New York University. The youngest, Jennifer, lives in California. The girls appear to be close with both of their divorced parents. (See the Instagram pic below.) Saget calls them “The best thing I’ve done, the highest thing in my whole life…”

The most recent addition to Bob Saget’s family is his new wife, Kelly Rizzo. Rizzo, a Chicago native, hosts the web series Eat Travel Rock. She was introduced to Saget in 2015 through a mutual friend and the rest is Full House history. In fact, Rizzo is good friends with Caitlin McHugh, the wife of John Stamos, Saget’s former costar (and best friend). The couples actually became engaged just weeks apart. And while Stamos’ Disney-themed proposal was a high production, Saget kept it low-key. He popped the question to his girlfriend while the two were curled up on the couch watching Stranger Things. They wed in 2018.

Although these two might look like a surprising match, it’s clear that Bob Saget and Kelly Rizzo are oh-so-in-love. The celeb couple posts some adorable content on social media. And most importantly: his daughters love her, Saget revealed in Closer Weekly. This unexpected has expanded Bob Saget’s family, and his heart, to make his house full once again.

Watch: Full House: Where is the Cast Now?