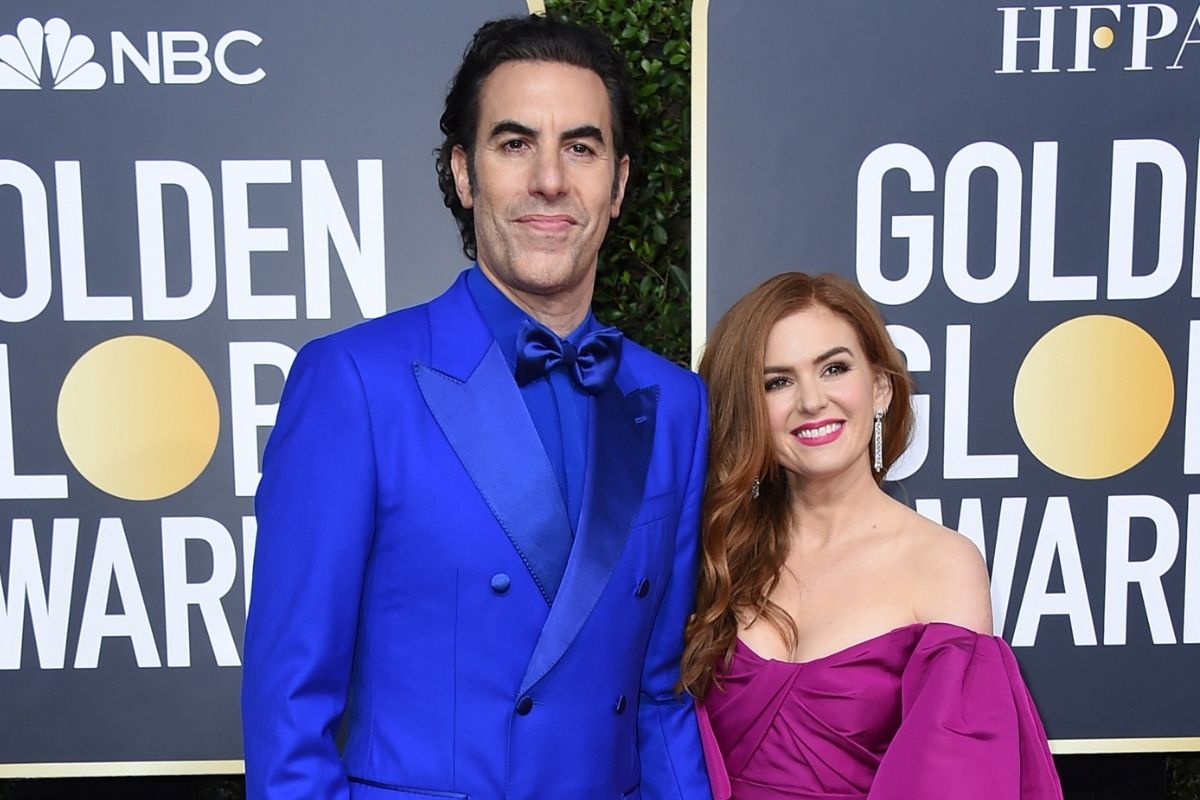 According to her husband Sacha Baron Cohen, it was love at first sight when he met Australian actress Isla Fisher, though it took Fisher a couple of decades to feel the same. In case you need a refresher: Cohen is that dynamic comedian known for out-of-the-box gems like Borat, The Dictator, and Brüno as well as the Ali G show. Fisher, on the other hand, starred in movies like Scooby-Doo, Wedding Crashers, Hot Rod, Confessions of a Shopaholic, The Great Gatsby, Bachelorette, and Now You See Me.

Isla Converts to Judaism for Sacha

The two celebs met for the first time at a party in Sydney, Australia. ?She was hilarious,? Cohen said in an interview with the New York Times. ?We were at a very pretentious party, and me and her bonded overtaking the mick out of the other people in the party. I knew instantly. I don?t know if she did.? He chuckled. ?It?s taken her about 20 years to know.? After becoming engaged in 2004, Isla embarked on the three-year process of converting to Judaism. “I will definitely have a Jewish wedding just to be with Sacha,” Fisher said in an interview with the Evening Standard. “I would do anything ? move into any religion ? to be united in marriage with him.”

Four years later, the Hollywood couple welcomed a daughter named Olive into the family. They were married in 2010 before having a second daughter, Elula. The duo had a third child, a son named Montgomery. Today, the Hollywood family splits their time between Los Angeles and London. Speaking about her husband, Fisher said that although they have been happily married for more than eight years, she would file for diversity in an instant if Cohen decided to start playing games…such as TAG. Why? Well, the actress starred in the movie Tag that depicts characters taking part in a 30-year game. So, if it happened in real life it would be a deal-breaker.

Of course, she is only joking but goes to show you their sense of humor. Cohen recently reprised the role of Kazakhstan journalist Borat Sagdiyev in Amazon Prime’s sequel to the 2006 hit comedy. Fisher is relieved that she likes to remain very oblivious to the behavior of her husband when he is performing as Borat. Referring to a scene from Borat: Subsequent Movie, she stated, ?I’m lucky in that I’m not privy to the information usually until it happens, so I don’t see that he was at a gun rally until he’s home safe. I think he’s learnt the hard way that if he gives me the information up front, that I put the kibosh on it.?