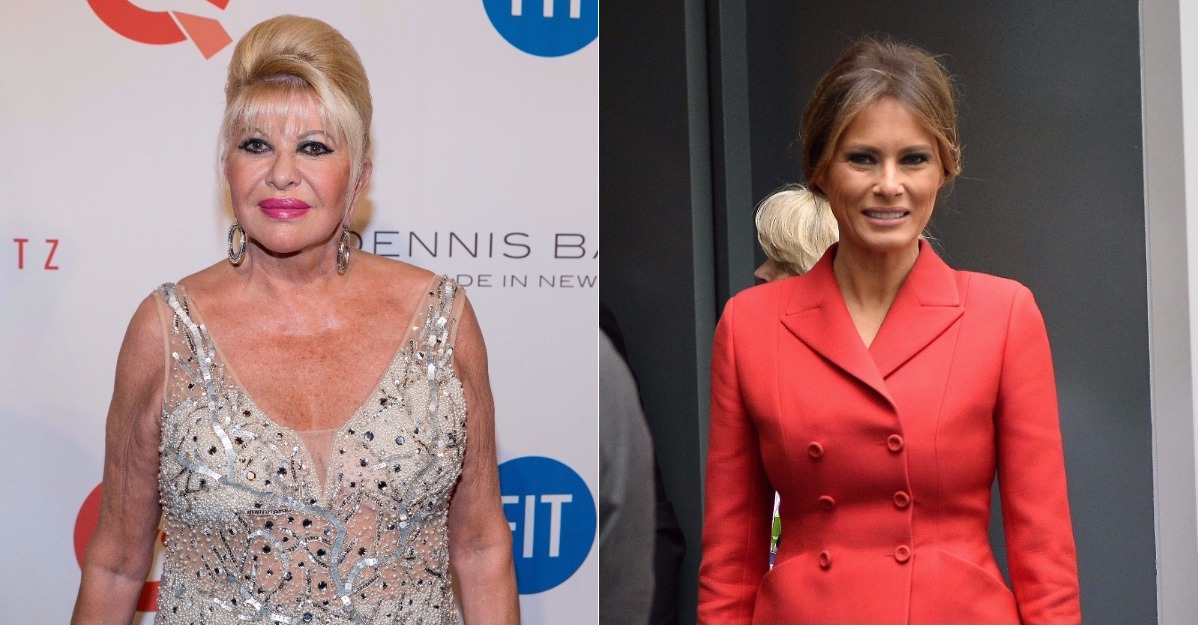 Ivana Trump is clarifying that by her “first lady” comments, she meant she is “first lady Trump” and not FLOTUS.

Ivana appeared on “The Wendy Williams Show” on Friday and spoke about the “Good Morning America” interview she did in which she called herself “first lady.”

Following the comments, Melania Trump’s spokesperson released a statement saying, “Mrs. Trump has made the White House a home for [her son] Barron and the President. She loves living in Washington, D.C. and is honored by her role as first lady of the United States. She plans to use her title and role to help children, not sell books. There is clearly no substance to this statement from an ex, this is, unfortunately, only attention-seeking and self-serving noise.”

“I tell you, I’m technically ‘First Lady Trump,'” Ivana told host Wendy Williams. “I was first wife. I don’t know what is Melania’s problem. She just have to get over it. She is first lady of America but I’m first lady Trump, excuse me, and have three grownup kids.”

Ivana is mother to Donald Jr., Eric and Ivanka Trump.

She also addressed Melania’s statement saying, “I have no idea why she did it, ’cause I never said I’m first lady of America.’ Better her than me, frankly, you know.”

FLOTUS has not yet responded to the latest comments.