Ivanka Trump and Jared Kushner celebrated their eighth wedding anniversary on Wednesday, and the first daughter and assistant to the president took to Instagram to commemorate the occasion.

“Happy eight-year anniversary to the love of my life!” she wrote alongside a photo from the couple’s wedding day, which features a smiling Kushner and a stunning Trump.

RELATED: Ivanka Trump comes to her little brother Barron’s defense in the face of online attacks

The couple married in 2009 in a beautiful ceremony at the Trump National Gold Club in Bedminster, N.J., just five days before Trump’s birthday, and it appears they’ve been enjoying marital bliss ever since. After tying the knot, Trump and Kushner went on to have three children together and are proud parents to daughter Arabella, 6, and sons Joseph, 4, and Theodore, 1.

Despite Wednesday being their special day, it seems the couple spent more time working than celebrating. Trump met with members of Congress to discuss and give a news conference on tax reform for American families, during which she proposed a child tax credit. Meanwhile, Kushner was also spotted heading to work in the morning.

The hardworking but loving couple even speaks of their relationship in business terms, with Kushner saying in 2015, “I would say she is definitely the CEO of our household, whereas I’m more on the board of directors. We both pick up slack for each other where it’s needed, but she doesn’t want to outsource mothering, so she’s very involved.”

RELATED: Ivanka Trump opens up about the challenges she’s faced as a mother to Dr. Oz 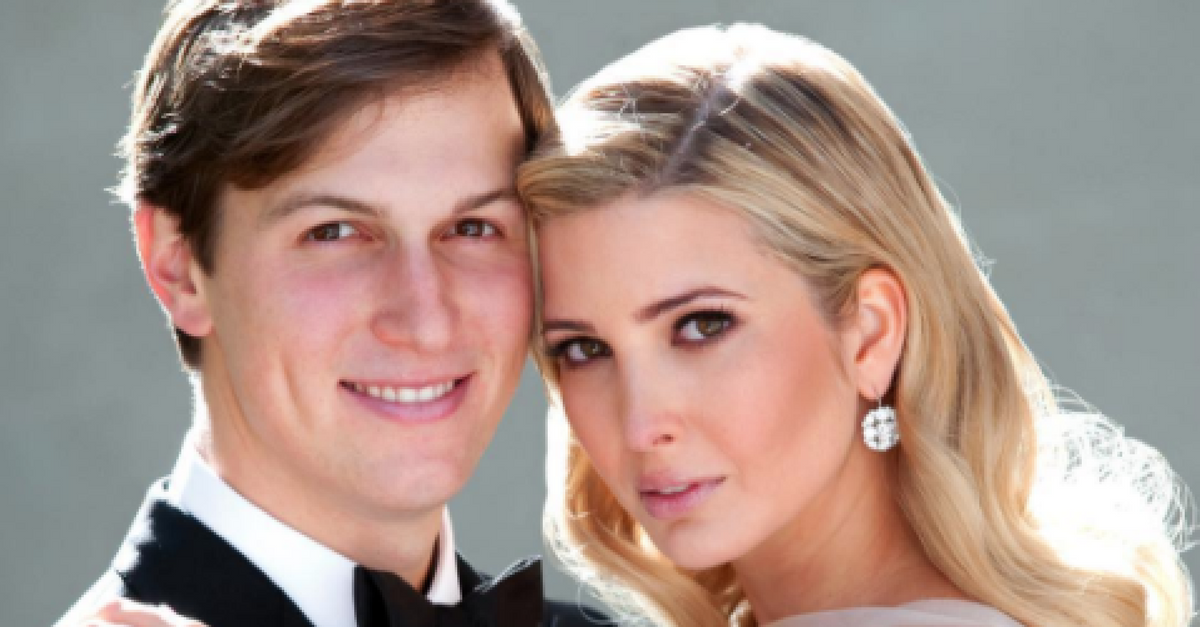