WASHINGTON (AP) — Ivanka Trump is getting a strong reaction online after posting a photo of herself seated at the Oval Office desk while her father, President Donald Trump, and Canadian Prime Minister Justin Trudeau, stood on either side of her.

The first daughter posted the picture on Twitter , Instagram and Facebook with the message, “A great discussion with two world leaders about the importance of women having a seat at the table!”

While the picture earned Trump plenty of kudos from supporters of her father on social media, others said she hadn’t earned the right to sit behind the desk.

Ivanka Trump sat next to Trudeau during a roundtable meeting with female executives from the U.S. and Canada on Monday. 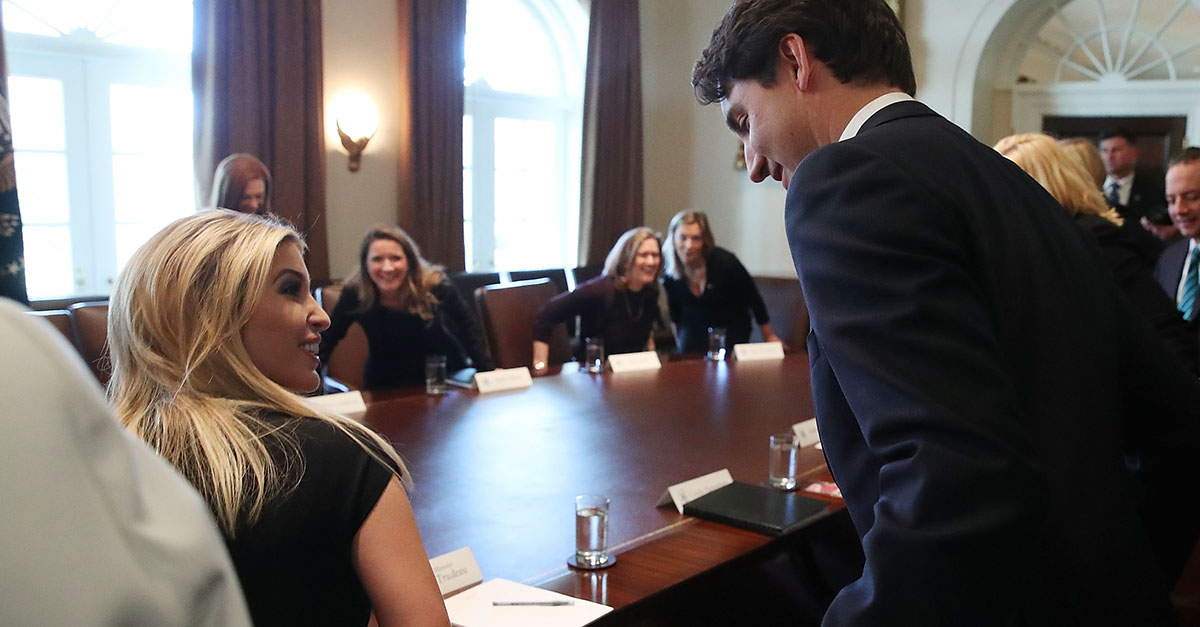