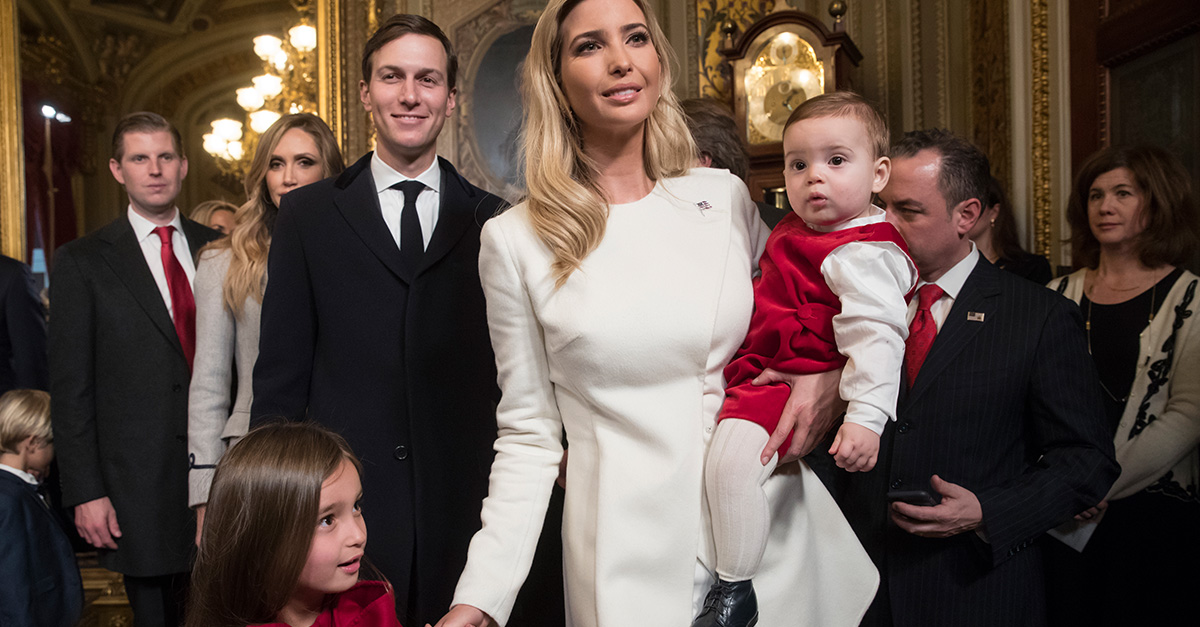 The 45 President of the United States Donald Trump took the oath of office Friday morning in nations capital, with his children and grandchildren by his side.

His oldest daughter Ivanka looked glamorous in a white pantsuit with an asymmetrical coat by Oscar de la Renta.

RELATED: Ivanka Trump shares some pictures of her preparation ahead of the inauguration

She shared a photo of her family after the ceremony heading to the parade.

Heading to the parade! 🇺🇸 #inauguration

She and her family recently made the move from New York City to Washington, D.C., as her husband Jared Kushner prepares to work in the White House as an advisor for President Trump.

Ivanka also put the rumors about her acting as a stand-in first lady to rest.