Menu
Follow us
Search
Menu
Search
WEST PALM BEACH, FL - FEBRUARY 10: Jared Kushner and his wife Ivanka Trump walk off Air Force One with their children Arabella Rose Kushner, Joseph Frederick Kushner and Theodore James Kushner at Palm Beach International airport as they prepare to spend part of the weekend together with her father President Donald Trump at Mar-a-Lago resort on February 10, 2017 in West Palm Beach, Florida. President Trump is hosting Japanese Prime Minister Shinzo Abe and are scheduled to get in a game of golf as well as discuss trade Credit: MPI10 / MediaPunch/IPX

Ivanka Trump’s husband and special advisor to the president, Jared Kushner, and their children, delivered special treats to the Secret Service agents standing guard at their Washington, D.C. home, according to the Daily Mail.

Jared and the kids bring treats out to the Secret Service https://t.co/TmTsUnQXZi pic.twitter.com/kvNh9V13OF

Kushner accompanied daughter Arabella, 5, and son Joseph, 3, as they delivered a pan of treats to the agents.

The children’s special delivery to the agents comes after it was reported that Trump had used baked goods to win over angry neighbors, who have been wary of the first daughter’s presence in the neighborhood.

According to the Financial Times, Trump used her “own brand of diplomacy” by visiting her neighbors with her baked goods and children in tow. 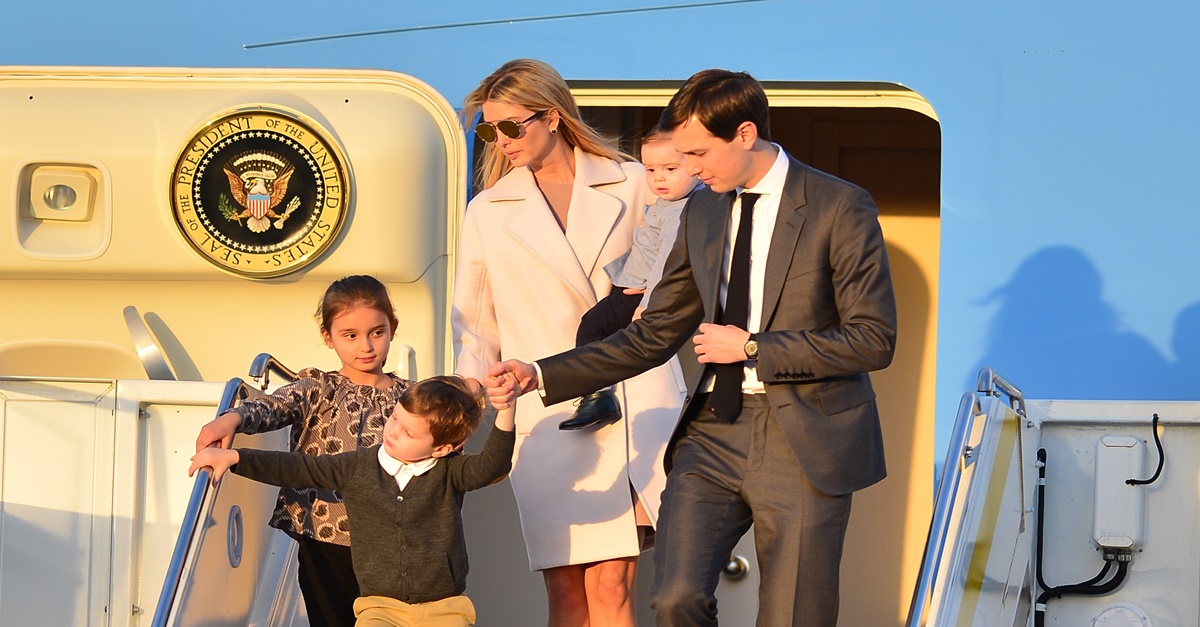