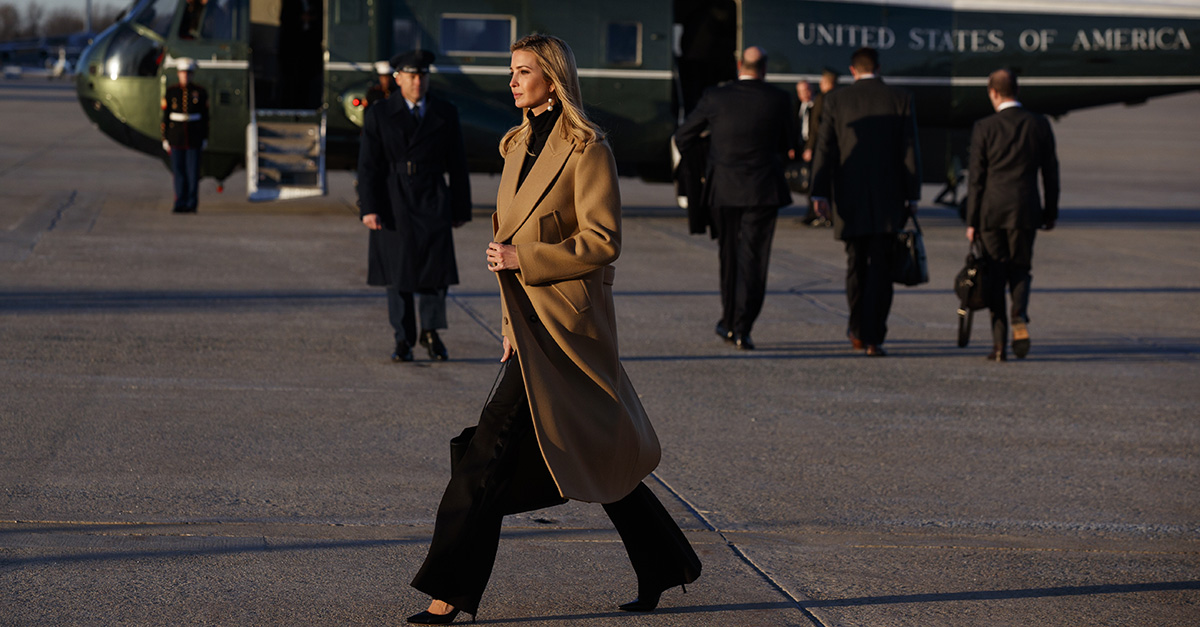 Fans are calling for Ivanka Trump to run for office after she was photographed strutting past Marine One earlier this week.

The very glamorous photo of the First Daughter was snapped Thursday and featured Trump treating Joint Base Andrews in Maryland like her own personal cat walk.

Trump liked the image so much, she shared it on her own Instagram, writing, “Today at Joint Base Andrews, MD after returning from Pittsburgh, PA. 📷 credit: Doug Mills @nytimes.”

Trump was returning to Washington, D.C. from a trip to Pennsylvania with her father, President Donald Trump, when the photo was snapped. She was radiant in a tan overcoat with an all black ensemble underneath. Trump’s confidence in the photo didn’t go unnoticed either.

Fans were quick to flood the comments section with words of support if the First Daughter decides to someday run for President.

“She’s almost starting to look like our next president. #maga,” one fan wrote.

Another supporter added, “Such poise and elegance! A role model for everybody!!”

“Next 🇺🇸 president, what a wonderful POWERFUL WOMAN,” a commenter added.

While she has not commented on whether or not she may have plans to run in the future, Trump did reflect on her father’s tax plans in a separate post to Instagram.

“Fighting for hardworking Americans is a guiding principle of this Administration. It was great to be in Pittsburgh, PA today with @realdonaldtrump to highlight how TAX CUTS will benefit American working families. #TaxReform,” she wrote alongside photos from Thursday’s engagement.

Fighting for hardworking Americans is a guiding principle of this Administration. It was great to be in Pittsburgh, PA today with @realdonaldtrump to highlight how TAX CUTS will benefit American working families. #TaxReform

Even this post caught supporters attention with one fan writing, “She’s so damn gorgeous!! Ivanka 2024.”