Menu
Follow us
Search
Menu
Search
FILE - In this April 9, 2015 file photo, Author J.K. Rowling speaks at the Empire State Building during a lighting ceremony and to mark the launch of her non-profit children's organization Lumos in New York. Rowling announced Friday, June 26, 2015, that a new play called "Harry Potter and the Cursed Child" will open at London's Palace Theatre about a year from now in the summer of 2016. Rowling tweeted that the play explores "an untold part of Harry's story" and is not a prequel. (Photo by Evan Agostini/Invision/AP)

This is why I've never read a single word of Harry Potter. https://t.co/XUJBMs4KKm

He called her work “drivel,” and she called him “amoral” after Morgan defended the U.S. government’s travel ban during an appearance on HBO’s “Real Time with Bill Maher” on Friday.

RELATED: Watch Piers Morgan and Jim Jefferies get into an insane argument over Trump’s travel ban

The superior, dismissive arrogance of rabid Remain/Clinton supporters like @jk_rowling is, of course, precisely why both campaigns lost.

Morgan faced off with Australian comic Jim Jefferies on the episode during a discussion of the executive order. Morgan said it was “not a Muslim ban,” and Jefferies directed an expletive at him. Rowling tweeted that it was “satisfying” to hear Jefferies say that.

A flurry of tweets between Rowling and Morgan followed.

.@piersmorgan If only you'd read Harry Potter, you'd know the downside of sucking up to the biggest bully in school is getting burned alive. 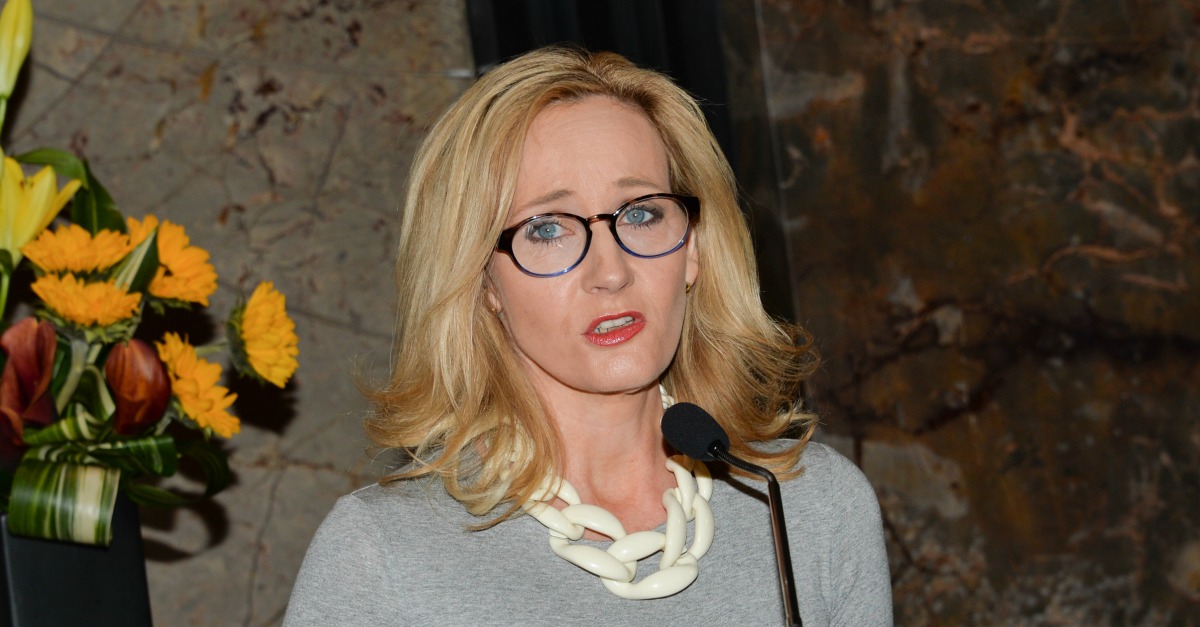