James Corden and “The Late Late Show” are in London this week, and he used that opportunity to put on an homage to the U.K.’s most famous playwright. Reunited with his “Into the Woods” co-star Emily Blunt, Corden and Blunt put on an abridged version of William Shakespeare’s “Romeo and Juliet,” but with a twist.

“We’ve got 14 songs, seven sets, one take and zero pressure,” Corden explained as the performance began.

RELATED: Jennifer Hudson slings some fire at James Corden on “Drop the Mic.”

Corden and Blunt, playing the titular characters, move through all the scenes of Shakespeare’s tragedy, but punctuated each scene with a different pop song. Some of the more iconic scenes, such as Romeo and Juliet meeting at a masquerade and the balcony scene, are set to hit songs by artists like Whitney Houston and Adele.

Other songs include “Teenage Dream” by Katy Perry, “Toxic” by Britney Spears and “Just the Way You Are” by Bruno Mars. Some of the more bizarrely hilarious choices include “Kung Fu Fighting” by Carl Douglas for the feud between the Capulets and Montagues, and “Parents Just Don’t Understand” by DJ Jazzy Jeff & The Fresh Prince when Romeo and Juliet are torn apart.

It’s quite a challenge, but it looks like this duo were able to pull it off. 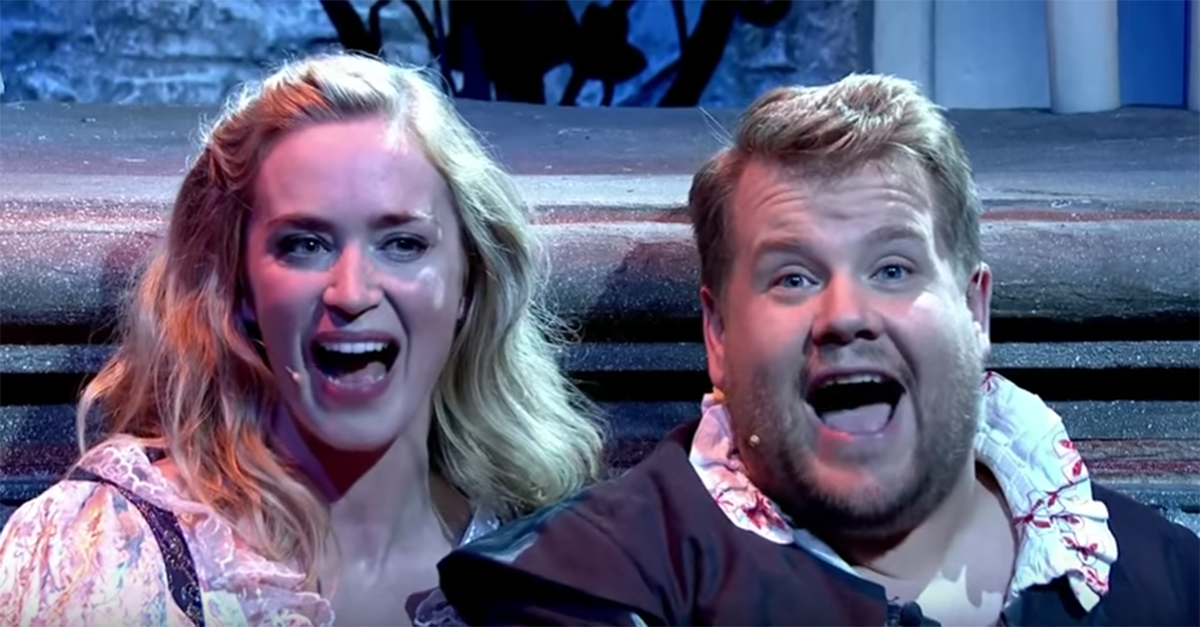