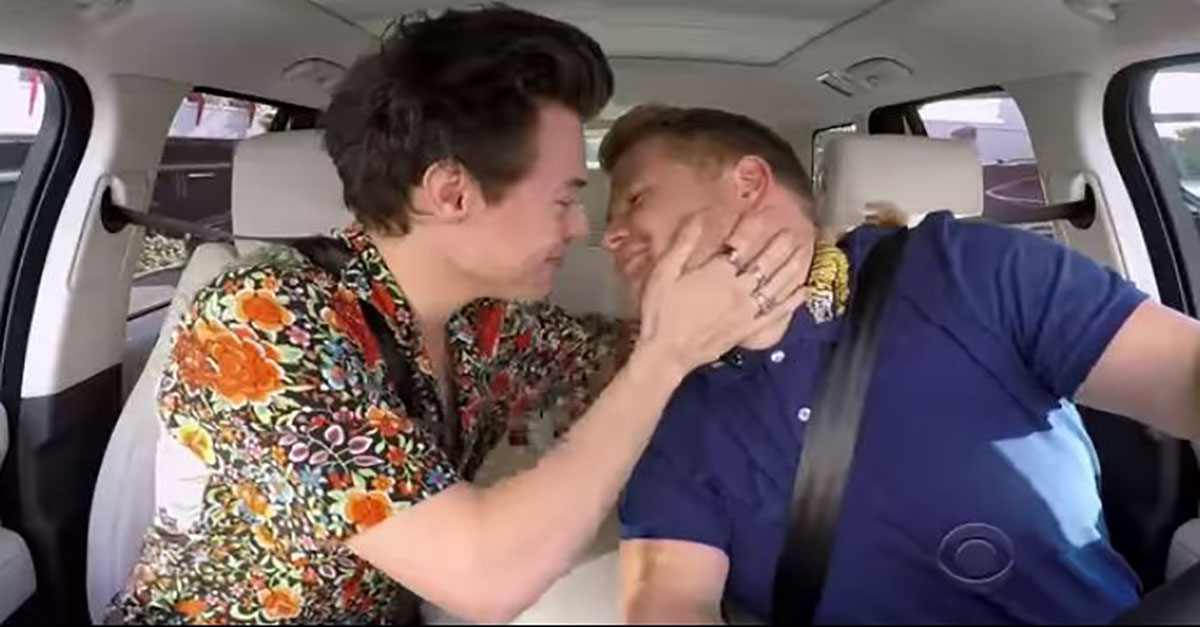 No matter what else James Corden has on his Christmas list, at least he can cross Harry Styles off of it!

On Monday’s special Christmas edition of hit “Carpool Karaoke,” the “Late Late Show” host planted a big one on the former One Direction pop star — with no mistletoe in sight.

RELATED: Mariah Carey gives us all we want for Christmas by joining James Cordon for a special Carpool Karaoke

Styles was one of many celebrity favorites that Corden brought together to celebrate the season and wrap up a fun-filled late night season. Katy Perry, Miley Cyrus, Sam Smith, Ed Sheeran, Usher, Bruno Mars, Pink and The Foo Fighters joined Corden, Styles and bandleader Reggie Watts for a rockin’ rendition of Mariah Carey’s “Santa Claus Is Comin’ to Town.”

The singing mashup was capped off by the host and his fellow Brit locking lips in a hilarious moment.

?Wow, I did not expect that for Christmas,? Corden joked afterwards.

RELATED: Jon Bon Jovi let Pink ?get into his pants? ? and her husband?s reaction was priceless

The 39-year-old host is a happily married father of two, and considering Styles is known to date supermodels, the comedian likely isn’t his type — guess the breaks will have to be pumped on an Styles-Corden match up. Their long friendship will have to do.

Earlier this year, Styles took his second spin in the Karaoke car when he took over the “Late Late Show” reins as a week-long guest host. The pop star last joined Corden in 2015 with his former band mates in a wildly popular segment of the series.

What a way to end the year. ‘Tis the season!