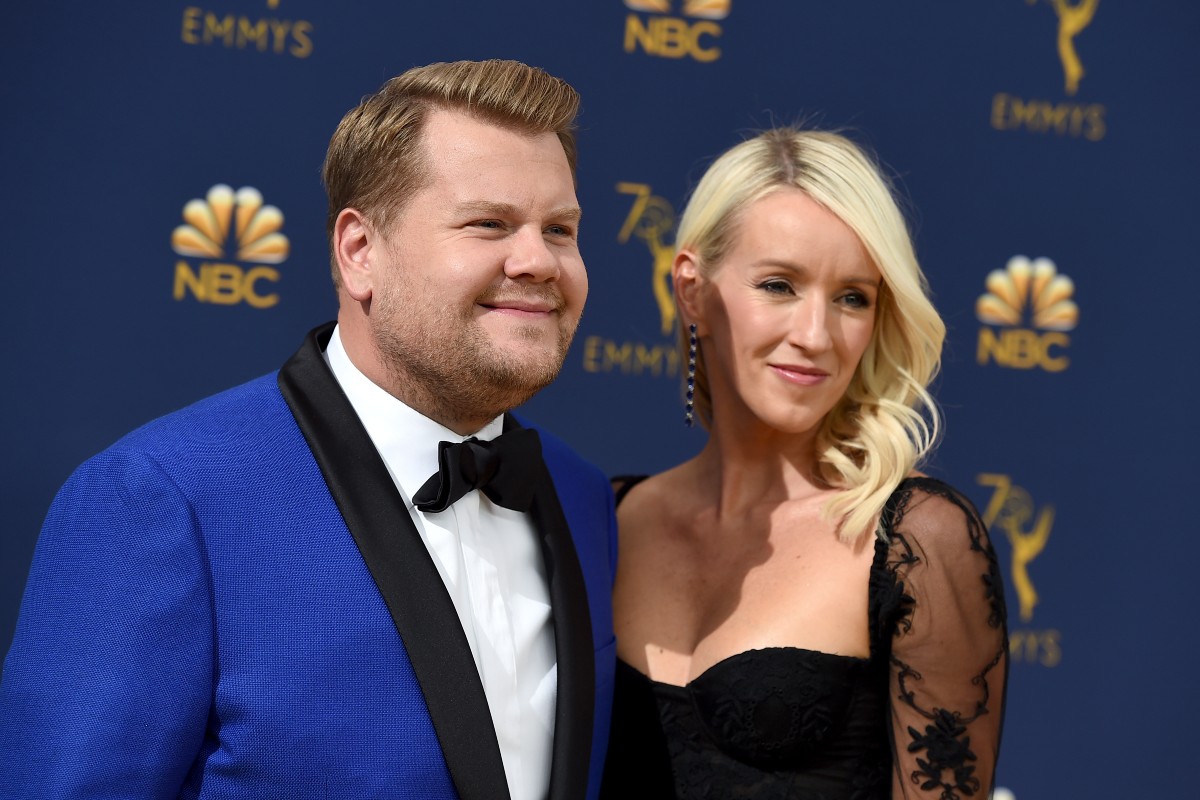 “Hi, Jules. You might be the most beautiful woman in the world.” Those were the words that fell out of James Corden’s mouth when he saw his future wife Julia Carey for the first time. “Well thank you very much,” the former television producer responded. “That sounds like something you say a lot.” “I’ve never said it before in my life,” the British comedian and Tony award-winning actor replied.

And so began what would blossom a relationship of over 10 years and a marriage of over nine, plus three children,  Max, Carey, and Charlotte. Here is the adorable story of Julia Carey and her romance with Late Night TV Show Host James Corden.

Julia Carey is a former TV producer who got her start as an actress on TV shows like Wings, A Bunch of Fives, and Enemy at the Door. The two shared their famous love-at-first-sight encounter at a London event hosted by Save the Children, the nonprofit Carey was working for at the time. Carey and Corden shared a mutual friend, actor Dominic Cooper (who plays Jesse Custer in Preacher). Corden and Cooper once lived together while starring in the play The History Boys back in 2004. Cooper was the one who convinced his former roommate to come to the charity event.

?I said, ?I?m really enjoying this sort of thing?like, cooking dinner, falling asleep, not really drinking,?? The Late Late Show host had told Cooper. ?And he said, ?Come on, let?s go, it?ll be fun.? Thank God he persuaded me.? And so Corden was dragged to the Save the Children event, where the Carpool Karaoke host would meet “the most beautiful woman in the world”. The rest, of course, is history.

The Road to Parenthood

By the end of the next year, Corden had asked Carey to marry him. The proposal is believed to have occurred on Christmas Day during their vacation to the Maldives. The exact details are unclear, but some sources say Corden put the ring in his future wife’s stocking. In September 2012, the couple was married at Babington House in Somerset, England. Their guest list included the likes of supermodel Lara Stone, comedian Michael McIntyre, and Snow Patrol frontman Gary Lightbody. James and Julia currently live in the Brentwood neighborhood of Los Angeles, California with their three kids, their son Max (age 9) and daughters Charlotte (age 2) and Carey (age 5). Although Julia tends to stay off of social media, she does attend high-profile events with her husband.

The two were spotted at Prince Harry and Meghan Markle’s royal wedding in 2018. Fun Fact, Carey was actually pregnant with Max when Corden proposed! Although she’s very quiet about family life, Corden is very vocal when it comes to how he feels about having three kids. The TV host joked that it was “a nightmare,” because let’s face it, 3 is a big number. But despite his hilarious comment, he will go to lengths to defend his kids against all social media trolls. In one incident he tweeted, “That is, without question, the single most upsetting thing I think you could ever say about me or my family. Please take a minute and think about what you just wrote and whether you want to be a person who publicly says such things. I believe you?re better than that.”