Kate Middleton’s Brother Is Truly the Man of Your Dreams (And He Loves Puppies!) 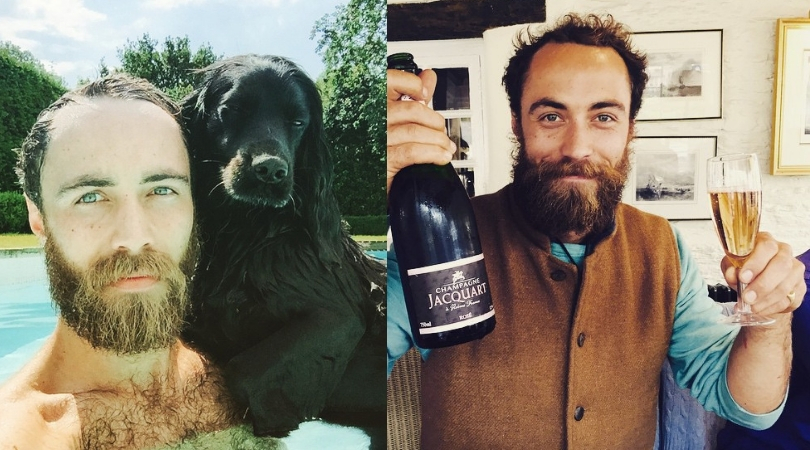 James, James, James…where have you been hiding all this time?! It turns out the Duchess of Cambridge isn?t the only attractive one in the family! I don?t know about you, but I had no idea this man even existed. I mean, it’s safe to say we are all quite acquainted with Kate Middleton and her younger sister Pippa, but it turns out there is also a Middleton brother!

Youngest of the three, James Middleton, is best known for heading a personalized marshmallow company called Boomf! Yes, the 31-year-old businessman is doing quite well for himself in the candy world. Along With Kate and Pippa, Jake was born in West Berkshire, England. The reason many didn’t know he existed? Well, when news outlets first began to report Prince William’s and Kate?s romance, James decided to take a step back and hide from the spotlight as much as he could.

Like his sisters, James attended Marlborough College, which is a private board school that has famous alumni such as Princess Eugenie. He later attended the University of Edinburgh but decided college wasn?t really his thing (I feel ya) and dropped out. Because he can. Because his sister is and a royal. So yeah, you go ahead and drop out.

Wanting to build a ?cake empire?, the younger brother launched the Cake Kit Company, which provides customers with a DIY kit for festive party cakes. Unfortunately, the cake company dissolved in May 2015. But not before gaining the media?s attention after their oldest sister, Kate, decide to tie the knot on April 29, 2011, at Westminster Abbey in London. I wonder if he also attended Meghan Markle and Prince Harry’s wedding?

The ever growing 🐾 pack

Anyway, in 2014 he decided on a new venture and Boomf was born. He went on Good Morning America and spoke about the service, which allows customers to print graphics and personal photos on marshmallows. Speaking about his company, James said, ?When you see yourself on a marshmallow, or your loved one or your pet, you have a little moment with that little marshmallow. There aren’t many products in the world like that.”

Cool, yeah, I mean, marshmallows are great and all, but his hobbies are even more interesting! Turns out, he likes to breed dogs! And you can totally tell by looking his Instagram account. What a happy happy man, indeed.

Middleton’s Instagram recently made headlines after deciding to make his account public, despite it being private for quite some time. It turns out Kate’s brother managed to fool us all and has been posting under the username ?jmidy? from as early as July 2013! Honestly, judging by his Instagram account, you can tell he?s pretty fond of any type of animal, especially golden retrievers and cocker spaniels.

13hrs of pain but we made it! ÖtilÖ SwimRun World Championships! Thank you for all the support for Michael Matthews Foundation

He also seems to be a highly avid outdoorsman and shares enough videos of him hiking, sailing, cross-country skiing, and wakeboarding to watch for a full week! There are also a few photos of Pippa and him enjoying some family time together.

I don’t know about you, but this man makes me feel all sorts of happy. Thank god for social media and royal family updates! The Middleton family is very attractive, indeed.