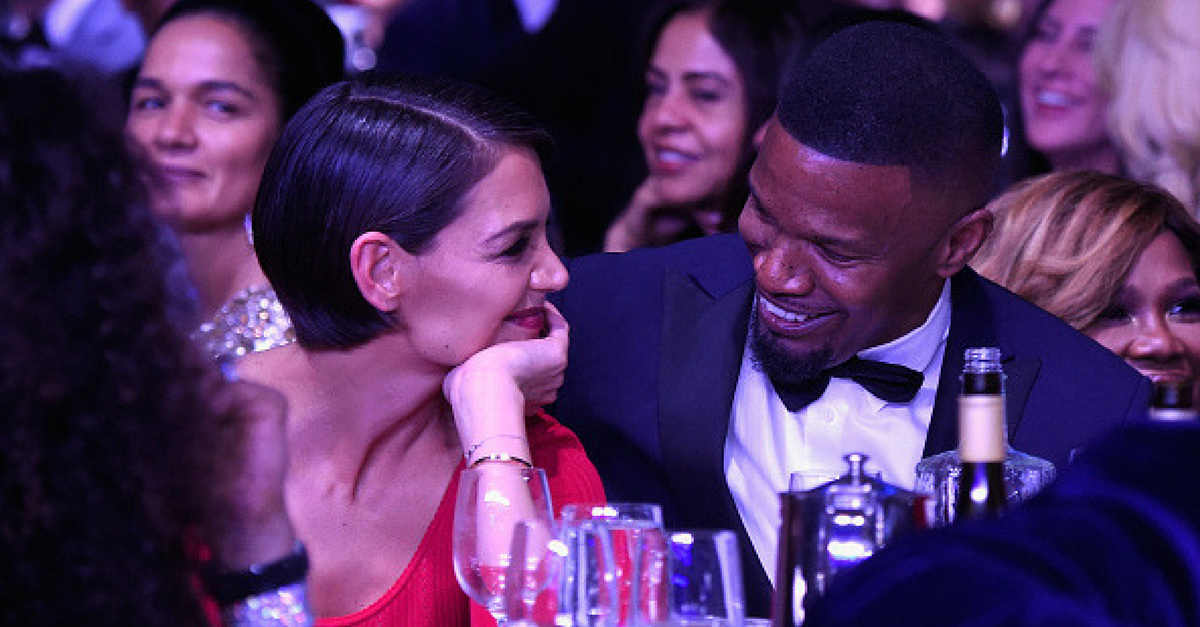 Jamie Foxx really, really doesn’t want to talk about his longtime rumored girlfriend Katie Holmes, and he made it very clear when he got up in the middle of an interview after the subject came up.

During an interview with SportsCenter on Friday, ESPN’s Michael Smith brought up the actor’s alleged relationship, saying, “I know you prepared because I saw pictures. Did you and Katie Holmes play basketball for Valentine’s Day? Like some real ‘Love and Basketball?'”

RELATED: Why are Katie Holmes and Jamie Foxx still acting like no one knows they’re in love?

Rather than answering the question or even attempting to beat around the bush, Foxx simply smirked, took off his headset and microphone, stood up and walked off-camera, sending a loud and clear message that he’s not taking the bait.

Guess Jamie Foxx had to go and couldn't answer a question about playing basketball with Katie Holmes 😂😂😂 pic.twitter.com/XYq9fPHt3v

“Uh oh, did we lose him?” Smith said awkwardly as Foxx could be seen stretching out on the court. “Oh, he ready to go, he ready to hoop.”

The rumored couple, however, did enjoy a game of basketball on Valentine’s Day it appears, as they were at a basketball court in California on the holiday.

“They were really happy,” an eyewitness told Us Weekly of their date. “Katie was dancing as they walked in, and Jamie was laughing. They seem really at ease and truly enjoying each other.”

RELATED: After years of rumors, Jamie Foxx and Katie Holmes have gone public

While the pair has yet to publicly confirm their relationship, rumors have been swirling about their romance for the past five years. Speculation ramped up in 2013, but the couple was not actually spotted out in public together until they were seen holding hands on the beach in 2017.

“They’d both been in public relationships before,” a friend of Foxx explained. “They care about each other a lot, and they tried to stay as quiet as possible because they didn’t want to ruin that.”