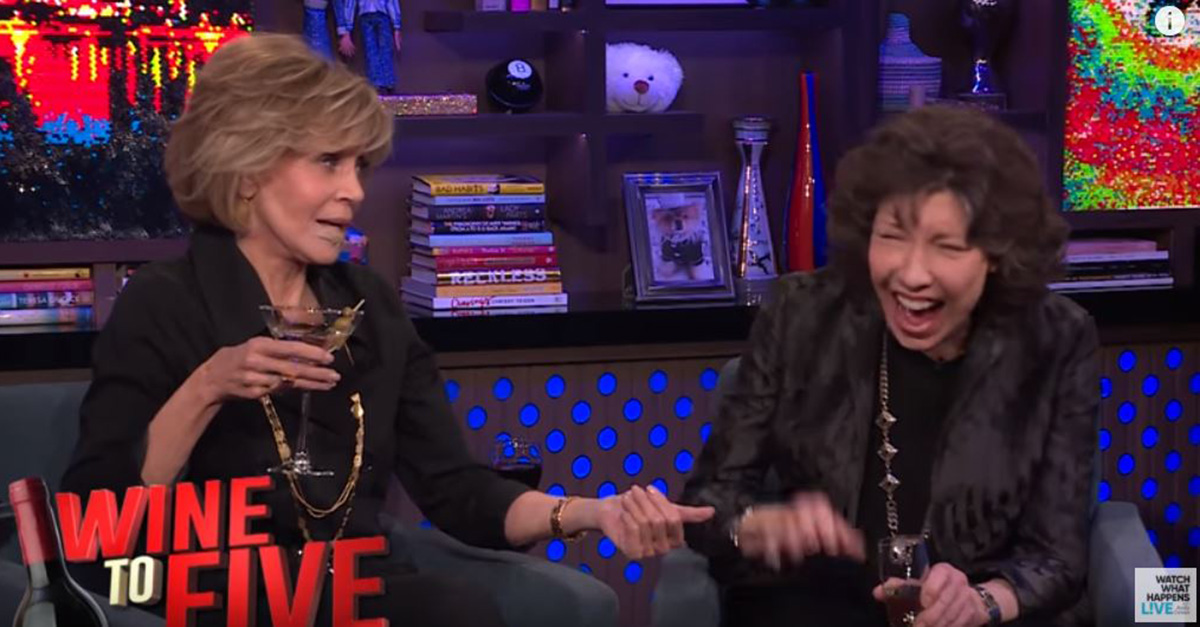 It seems that Jane Fonda and Lily Tomlin really have done and seen it all!

On Thursday night, the dynamic duo from “Grace and Frankie” appeared on “Watch What Happens Live” and spilled a lot of secrets from their pasts in a silly game of “Never Have I Ever” or known as “Wine To Five.”

RELATED: Jane Fonda took a shot at Megyn Kelly on “TODAY” after Lily Tomlin joked about her plastic surgery

And, let’s just say, by the end of the game, both ladies needed a refill!

Tomlin revealed that she once confronted a critic who said she was “horse-faced” in her film “Nashville.”

It apparently didn’t take much convincing for Tomlin to name names because she answered, “no, John Simon.”