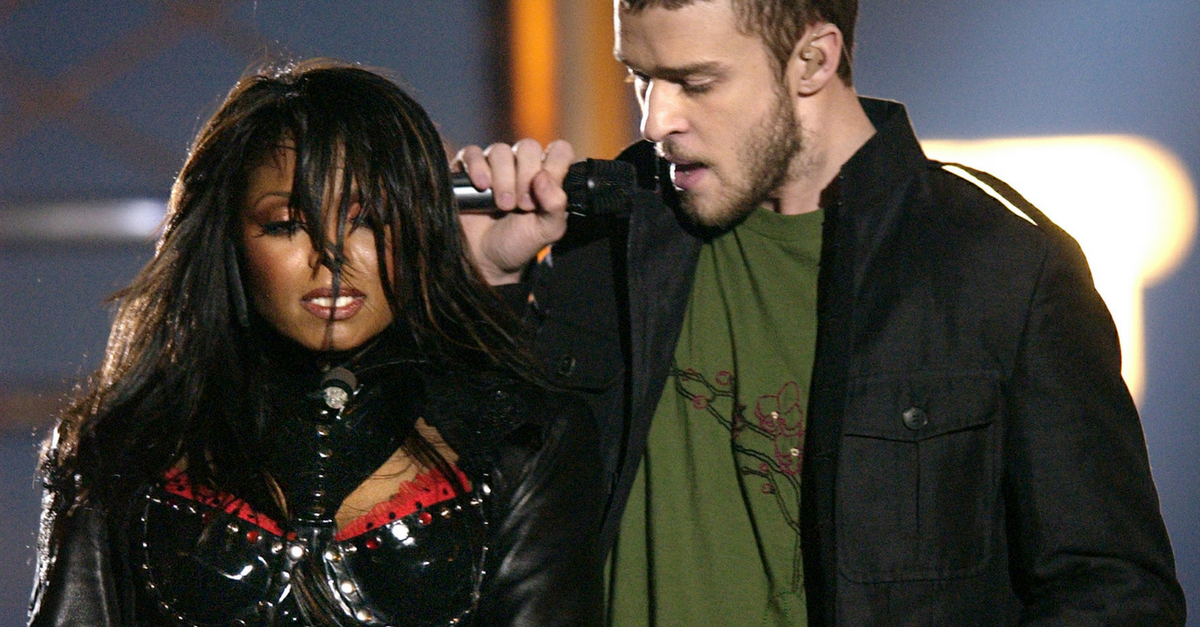 AP Photo/David Phillip, file
FILE - In this Feb. 1, 2004 file photo, singers Justin Timberlake and Janet Jackson are seen during their performance prior to a wardrobe malfunction during the half time performance at Super Bowl XXXVIII in Houston. The Supreme Court decided Friday not to consider reinstating the government's $550,000 fine on CBS for Janet Jackson's infamous breast-bearing "wardrobe malfunction" at the 2004 Super Bowl. (AP Photo/David Phillip, file)

Fourteen years after her infamous wardrobe malfunction during the halftime performance of the 2004 Super Bowl, Janet Jackson reportedly still hasn’t forgiven Justin Timberlake for the ordeal.

“If he’s such a gentleman, he’d make sure Janet [Jackson] is there,” Jackson’s father said of the singer ahead of his upcoming Super Bowl halftime performance on Sunday.

“Justin’s solo career took off after that, and Janet was blackballed,” another unidentified family member added. “He says they are good, but let’s see him prove it and bring her out.”

Back in 2004, the duo performed Timberlake’s hit “Rock Your Body” onstage together. As the millions of fans who remember watching know all too well, there was a bit of a mishap at the end of the song. During the song’s closing lyric, “I’ll have you naked by the end of this song,” Timberlake ripped Jackson’s corset but accidentally tore part of her bra off too, exposing her breast to the world.

RELATED: Justin Timberlake is getting ready for the Super Bowl, and his take on the national anthem was everything

Timberlake opened up about the incident in January, saying he “absolutely” took time to clear the air with Jackson and that the pair had made amends.

“I had my wires crossed, and it’s just something that you have to look back on and go like, ‘Okay, well you know, you can’t change what’s happened but you can move forward and learn from it,'” he said at the time, adding that he reached out to Jackson. “I don’t know that a lot of people know that. I don’t think it’s my job to do that because you value the relationships that you do have with people.”

Ever since it was announced that the singer would be returning to perform at the Super Bowl after all these years, whispers of a potential Jackson cameo have been swirling. Timberlake, however, has since shut down the rumors by insisting that no one will be joining him onstage.

“To be honest, I had a ton of grand ideas about special guests. There’s a whole list. I think Vegas has a lot of odds on it, from ‘NSYNC to Jay [JAY-Z] to Chris Stapleton to Janet,” he said, before noting that he wants to shine the spotlight on his longtime band, the Tennessee Kids, instead. “I feel like they’re my special guests, and I’m excited to rock the stage.”

RELATED: After a messy divorce, Janet Jackson has reportedly rekindled her romance with an old flame