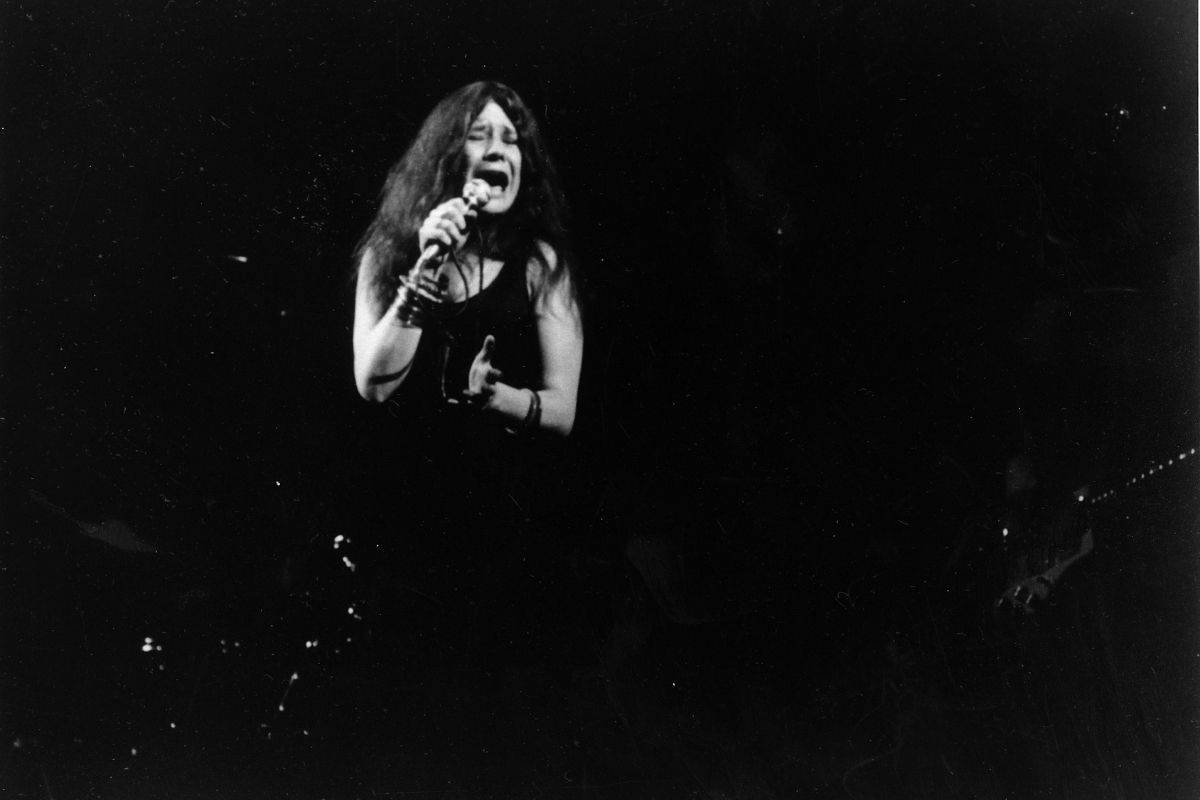 The 27 Club is one that nobody wants to join. Yet so many talented musicians have found themselves at death’s door before the age of 30. First, there were the ’60’s rock and roll contemporaries alongside Janis Joplin, Jimi Hendrix and Jim Morrison. More recent members include Amy Winehouse and Kurt Cobain. (There is even an urban legend that each of these artists died holding a white lighter. It’s been busted.) So what exactly might lead to this disturbing coincidence? Usually it’s substance abuse issues, enabled by the rock ‘n’ roll lifestyle. For Janis Joplin, her short bright life was filled with superstar success and yet marred by addiction. And while her music has become a beloved symbol for the hippie counterculture, her story complicates, and completes, that legend.

Janis Joplin never fit in Port Arthur, Texas. As a teenager, Joplin was an outcast with outcast friends. She was taunted at school over her weight and bad acne that left her skin scarred. She listened to the blues. When Joplin graduated from high school in 1960, she went straight to University of Texas at Austin where her eccentricities were noted. As a freshman, the school paper ran a feature story on the funny girl around campus: “She Dares to Be Different,” read the headline. “She goes barefooted when she feels like it, wears Levis to class because they’re more comfortable, and carries her autoharp with her everywhere she goes so that in case she gets the urge to break into song, it will be handy. Her name is Janis Joplin.” (Unfortunately, she was also voted “Ugliest Man” by a local fraternity. Jerks.)

Joplin only stayed at UT Austin for one year. The lively, psychedelic bustle of 1960’s San Francisco called and Joplin was hitch-hiking straight to Haight-Ashbury. Over the next few years, Joplin started recording her own music, doing methamphetamines, and befriending the various musicians who would define a define a generation, like the Jefferson Airplane drummer Jorma Kaukonen. Attempting to get clean, Joplin returned to Port Arthur in 1965 to give the conventional life once last go. (She even got a fiancé and a beehive hairdo!) But it was never meant to be. Joplin moved back to San Francisco and before long, connected with a new band: Big Brother and the Holding Company.

Drawing from primarily African American influences like Bessie Smith, Otis Redding, and Lead Belly, Janis Joplin developed a studied, soulful sound that while familiar to the blues community, was unique contrasting with the psychedelic tone of Big Brother and the Holding Company. Big Brother and the Holding Company’s performance at the Monterey Pop Festival in 1967 put Joplin on the map. The festival, a three-day event in Monterey, California which saw over 2000,000 thousand visitors, came to be known as America’s introduction to such acts as The Who, Jimi Hendrix, and of course, Janis Joplin. Joplin performed her now famous rendition of Big Mama Thornton’s “Ball and Chain.” The song later appeared on Big Brother’s popular album, Cheap Thrills.

After the Monterey Pop Festival, Janis Joplin’s next major breakthrough came at Woodstock in 1969. Now performing with the Kozmic Blues Band, Joplin captivated the crowd with hits like “Piece of My Heart and her cover of Kris Kristofferson’s “Me and Bobby McGee.”

Although Joplin was a lifelong talented soprano with a wide range, she was unafraid to rough up her voice and subvert leading lady expectations. Her entire image reflected this coarseness: the funky, loose-fitting outfits adorned with feather boas, the messy hair, the barefaced lack of makeup. Even during traditional TV interviews, Joplin was consistently casual, exhibiting a candor and shyness that were intertwined. Outside of the limelight, her behavior reflected those dissimilar tendencies. Joplin was private, but a party girl. She was a loner, but surrounded by people. The private paradox comes through in Joplin’s live performances where she appears enraptured, belting out the wrenching stages of her life – pain, sex, booze, heartache – so individually, before crowds of thousands.

Janis Joplin died alone in a hotel room at Hollywood’s Landmark Motor Hotel. Her road manager, John Cooke, found her crumpled on the floor between the end of the bed and the wall. She was wearing her underwear and her face was bloody with a broken nose. In one hand was some loose change, in the other, cigarettes. (Hence the myth of the white lighter.) The official cause of death was an accidental heroin overdose. This implies that after taking the drugs, Joplin managed to get down to the lobby and buy a pack of cigarettes there, which invites a lot of speculation as to whether she had really been overdosing at all. News outlets reported that no paraphernalia was found in Joplin’s room, but in his 1983 book, Coroner, the Los Angeles county coroner Thomas Noguchi explained that the evidence had been removed and turned over later to police.

In the 2018 memoir, I Ran into Some Trouble by Peggy Caserta (who also wrote the incendiary, Going Down with Janis), Caserta says there is no way Joplin died of an overdose. Casterta was a confidant of Joplin’s at the time and claims she did heroin from the same batch. Instead, she floats a new theory: that her close friend tripped on the “tiny hourglass heel” of her her sandal have lodged in the hotel’s shag carpet, then fell down, broke her nose, and choked on the blood. It’s far-fetched but Caserta, who is a former addict herself, made headlines two years ago with her side of the story. “What matters is the truth,” she said, “and the truth is that she didn’t overdose. I will go to my grave believing that. God knows I’ve been there several times.”

But true or not, an untimely, narcotic-fueled demise is what defines the mythos still surrounding Janis Joplin. She exists in American memory as a ghost of the 1960’s idealism which came to a crashing halt. (Joplin’s overdose occurred only 16 days after Jimi Hendrix, high on pills, choked to death on his own vomit.) But that doomed fate has led music-listeners worldwide to a continued appreciation for the blues singer’s small but hefty collection of hits. Since her death, Janis Joplin has earned a posthumous Grammy award, inspired multiple biopics, and been inducted into the Rock and Roll Hall of Fame. This continued celebration for the long dead rock star signifies Joplin’s deep impact. Rather than a career that spanned a lifetime, Joplin occupied a sustained event in our culture – an event that was as mighty as mighty as any festival she ever played.