Jared Leto shared some kind words about his late friends, Chester Bennington and Chris Cornell, two rock musicians that took their own lives within weeks of each other earlier this year.

“MTV asked me to come here to say a few words about Chester and the late, great Chris Cornell — two artists that I had the absolute pleasure of touring with. They close friends with one another, Chester even singing the cover of ‘Hallelujah’ at Chris’ funeral. Chester said of Chris: ‘Your voice was joy and pain and anger and forgiveness, love and heartache all wrapped into one,'” he began.

Leto encouraged others in despair to reach out if they felt like giving.

“The absolute biggest breakthroughs in life lie just beyond the darkest days.” Leto asked everyone in the audience and everyone at home to stand up and cheer as Linkin Park was welcomed back on the VMA stage for the first time since Bennington’s death.

Cornell died in May, taking his own life in a hotel room following a Detroit concert. Bennington died in July on what would have been Cornell’s 56th birthday. 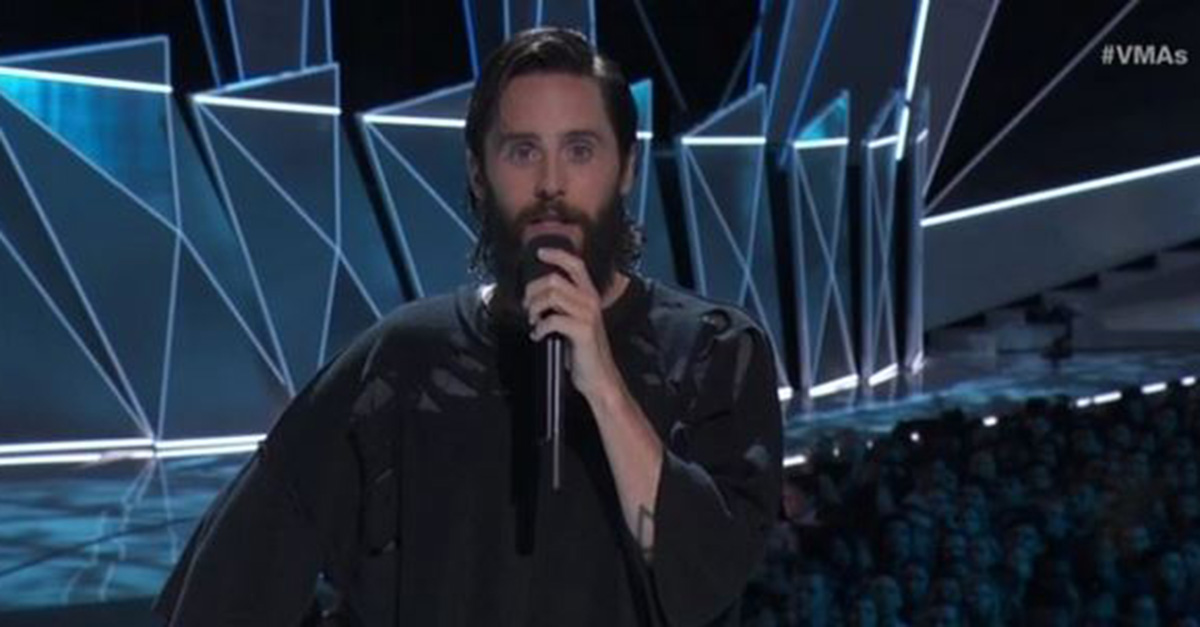