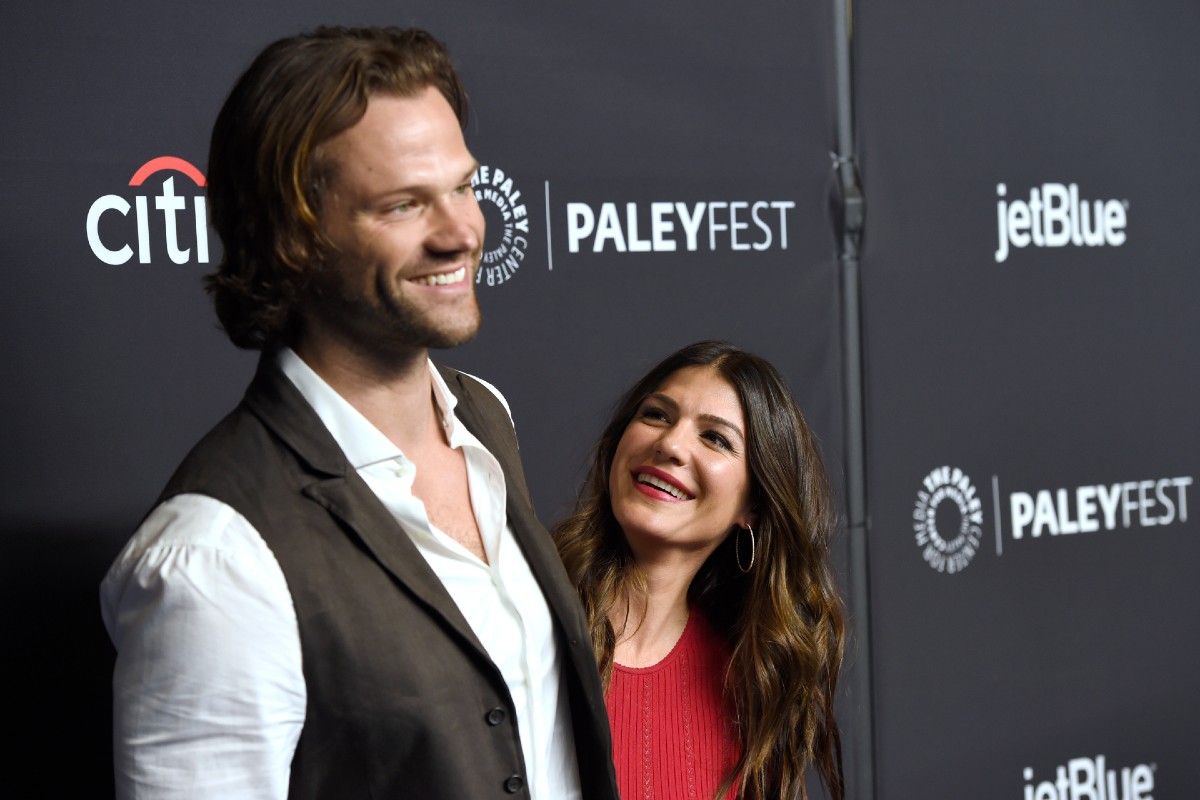 Meeting the future husband of your children for the first time wearing only your underwear sounds like the stuff of nightmares. But for Genevieve Cortese, it worked out. Scantily clade Cortese had just been cast as Ruby when she met her husband-to-be Jared Padalecki on the set of the hit Sci-Fi series Supernatural. Jared, who has played the role of Sam Winchester since 2005, was instantly attracted to her.

“I was a single dude, and she was a pretty girl in her underwear on her first day on set,” Padalecki remembers. “I was very excited to meet her. Meanwhile, I think she was like, ‘Who is this long-haired A-hole who thinks he can come talk to me while I’m reading a book?’ . . . I interrupted her while she was reading a book and I think she got kind of fussy about it.” Fast forward to the present day, and Cortese and Padalecki are happily married with three children. Read on to learn more about the love story behind this cute couple of Sci-Fi stars.

After graduating from the Tisch School of the Arts at New York University, Genevieve Cortese, now Padalecki would go on to book recurring roles on two ABC TV series, including Kris Furillo on Wildfire and Tracy Stark on Flashforward. The actress landed the role of the demon Ruby on Supernatural during the CW show’s fourth season. It was on the set of Supernatural that she’d be first introduced to co-stars Jensen Ackles, Samantha Smith, and — of course — her husband to be.

Even though Jared was attracted to Genevieve from the moment he laid eyes on her, the Supernatural stud took it slow. “I was very attracted to her, and as I got to know her, I was very excited to take her out to lunch,” he said. But somehow, he managed to wait four months before asking her on a date. His patience paid off.

Genevieve and Jared on ‘Supernatural’

In February 2010, he married Cortese amid the chilly mountains of her hometown of Sun Valley, Idaho. Cortese dreamed of being married in the falling snow, as she revealed in an interview with Sun Valley Magazine. ” I was doing my best snow dance to the gods,” she said. “It was clear the entire week and even on the morning of our wedding day, and then — bam! — right around 4:30, the snow began to fall. So we consider it good luck and a blessing! It was definitely a white wedding.”

After moving to Austin, Texas, Mr. and Mrs. Jared and Genevieve Padalecki welcomed their first child, Thomas Colton Padalecki, in 2012. He was followed by their second son, Austin Shepherd (“Shep”) in 2013 before their daughter Odette Elliott in 2017. Genevieve Padalecki continues to take on the occasional acting roles and is currently set to star as her husband’s on-screen wife, Emily Walker, in the upcoming reboot of Walker Texas Ranger. She devotes much of her time to caring for her three kids and writing for her lifestyle blog, Now & Gen.

Before the COVID-19 pandemic put an end to production in March, Jared continued to work a busy schedule as one of Supernatural’s leading actors. His busy schedule demanded that he travel to Vancouver often. Genevieve wrote about the difficulties of raising a family with a husband frequently on the road in a blog post. “Jared and I have been together for 11 years and married for nine,” she penned.

“Throw three kids in the mix and a career that takes him to Canada most the year, and keeping the romance alive can be hard. As boring as it sounds, we’ve found that the best way to reconnect is to schedule a date night (or day) as often as possible. Our goal is weekly, but that happens pretty much never. I’m happy if we can reconnect and do something fun together, just us, twice a month.”