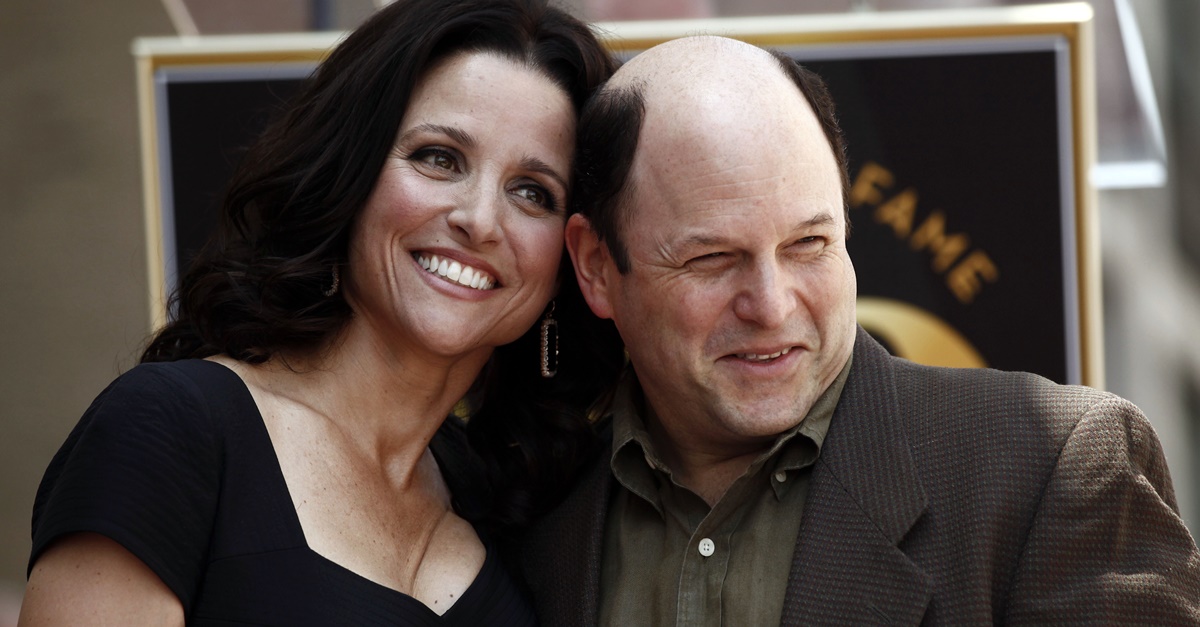 Julia Louis-Dreyfus revealed Thursday that she is battling breast cancer, and soon after, a member of her “Seinfeld” family made it known that they are behind her.

Jason Alexander, forever famous for his role as George Costanza, tweeted his former co-star who played the quirky Elaine Benes, saying, “[S]o sorry you have to go thru this, pal, but I know you will prevail. We are here if/when you need and we love you.”

@OfficialJLD so sorry you have to go thru this, pal, but I know you will prevail. We are here if/when you need and we love you. ❤️🌈

Louis-Dreyfus, 56, found tremendous success following “Seinfeld” with her HBO comedy “Veep.” She learned of her diagnosis one day after winning her sixth Emmy for her role as Selina Meyer breaking Candice Bergen’s record of Emmy wins for a singular role. Her eight overall Emmy wins is tied with Cloris Leachman for most by a singular performer.

RELATED: John McCain says doctors are grim but he’s still got something to celebrate

1 in 8 women get breast cancer. Today, I’m the one. The good news is that I have the most glorious group of supportive and caring friends, and fantastic insurance through my union. The bad news is that not all women are so lucky, so let’s fight all cancers and make universal health care a reality.

“Julia is incredibly grateful for the outpouring of support and well wishes,” Louis-Dreyfus’ representative told People.