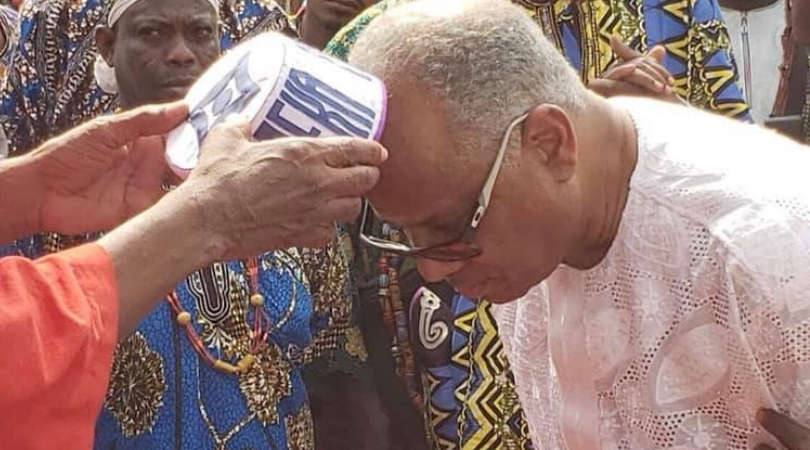 In the day of 23andMe and Ancestry.com  DNA testing gives anyone searching for more than what their last name or the memory of relatives has to offer. People are able to discover their family history. A Maryland preacher from New Jersey took one of these tests and found out that he was an African prince.

Jay Speights was living a humble life. He lived in an apartment with his wife, he didn’t have a car, and he was as an interfaith pastor in Maryland when his DNA test results changed his life. The 66-year-old man had been looking for his family history for years. That’s when he learned that the DNA tests he had taken showed him that he was from royal blood. Speights learned that he was a distant cousin of a man by the name of Houanlokonon Deka from the royal bloodline of Benin. Benin is a small nation that was once the location of West Africa’s biggest slave port. Speights was confused, asking himself If he is the descent of royalty, why is he from a slave port and why did his lineage end up in America?

The royal family in Benin that Jay Speights descended from was one of many who captured and sold slaves. This was common amongst members of rival tribes who either sold members of other tribes in the European slave trade.

Months after the accidental discovery that he was a descendant of the royal family, Jay Speights was at the New Seminary where he is the executive director. When he mentioned his DNA test discovery, a Vodun priest recognized the ancestral name, Deka. The priest gave Speights the phone number to the king of Allada- who ignored his first call. The next time Jay called King Kpodegbe Toyi Djigla, and spoke with his wife,  the queen of Allada, Queen Djehami Kpodegbe Kwin-Epo. Apparently, they welcomed him in their home, stating, “You are a descendant of King Deka, 9th King of Allada who ruled from 1746 to 1765. We will be delighted to welcome you to your home, dear Prince.”

Jay Speights shortly hopped on a casual 36-hour flight to Benin.From the airport, he saw what looked like a festival. People dancing, singing, and playing music… all for him. There was much to celebrate because he was the first of the Allada kingdom as well as the Deka tribe to return to Benin. For the next week, he attended “prince school”.

He learned local customs, visited dignitaries and various local sites. Jay experienced the full royal treatment, and was given white lace robes to signal the fact that he is a holy man, a guard stopped outside of his door while he slept and local paparazzi followed him around during the day. He was also given a new name: Videkon Deka. The new name means “the child who came back.”

Safe to say he has accepted royal duties. Jay will be promoting the kingdom and helping them to attain clean water and electricity in the community where his family lives. Jay Speights plans to return to Benin and bring his children and wife for visits with their royal family.