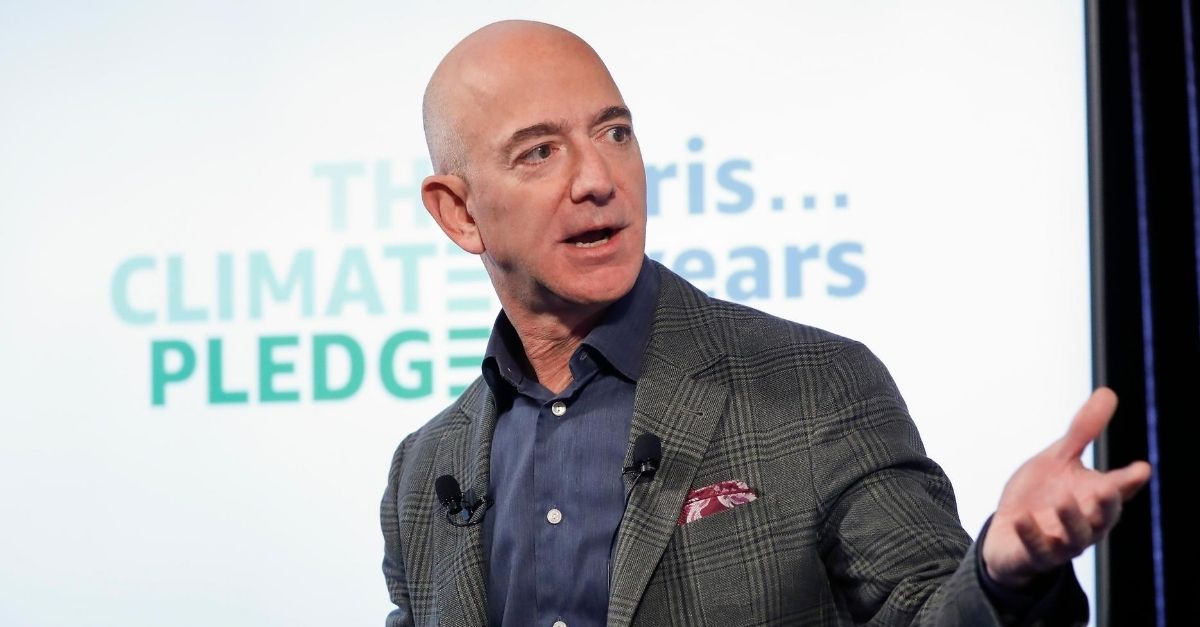 Well, this must be nice. It looks like Amazon founder, Jeff Bezos, is breaking records left and right. Yes, the world’s richest man has crossed a new milestone that will make us all jealous. The Amazon CEO became the first person to top $200 billion in net worth, according to Forbes’ real-time data on billionaires. Oh, to be on that list. We can dream, right?

The 66-year-old owns 11 percent of Amazon stocks, which has skyrocketed amid the COVID-19 pandemic as people are at home, and demand for e-commerce and online shopping has soared, especially with Amazon Prime. In April 2020, his net worth was a mere $113 billion, according to Forbes. Amazon stock was up over 95 points, 2.85 percent, on Wednesday. Bezos’s net income comes as the COVID-19 pandemic has taken over the United States economy and highlights the diverging experience in the pandemic. As far as the second richest person, Bill Gates, he still lags billions of dollars behind Bezos. The Microsoft co-founder was worth $116.2 billion on Wednesday according to Forbes.

Bezos, who founded Amazon in 1994, has broken several records with his wealth. Back in 2017 who became the richest person on the planet. And in case you were wondering, others notorious billionaires have also been getting wealthier during the coronavirus pandemic, including Facebook CEO Mark Zuckerberg who is dubbed a “centibillionaire” after his wealth surpassed $100 billion. Tesla (TSLA) CEO Elon Musk is also on the list with a net worth of $96 billion. Although Amazon is Bezos’ biggest asset, it is not the only brand he oversees.

Outside of the company, he also owns Blue Origin which is an aerospace company he founded in 2002, and the Washington Post newspaper in which he acquired in 2013. Surprisingly enough, Bezos’ fortune would actually be higher if had he not gone through one of the most expensive divorce settlements in history last year. When he split from his ex-wife MacKenzie Scott, he agreed to give her 25 percent of Amazon shares, which is now worth $63 billion. Even after giving away $1.7 billion in charitable gifts earlier this year, Scott is currently the world’s 14 richest person and the second richest woman behind L’Oreal heiress Francoise Bettencourt Meyers.